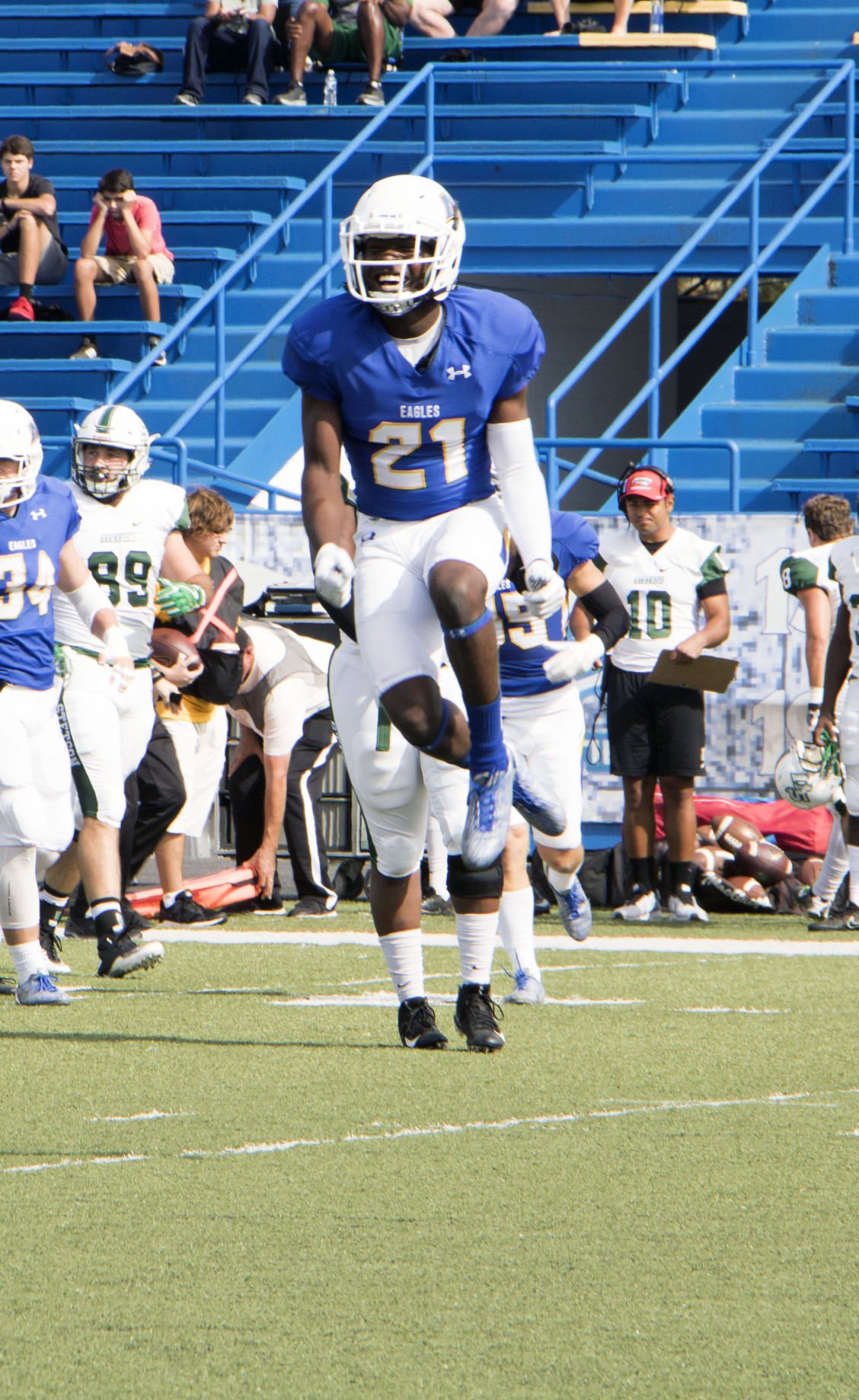 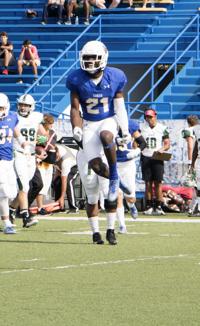 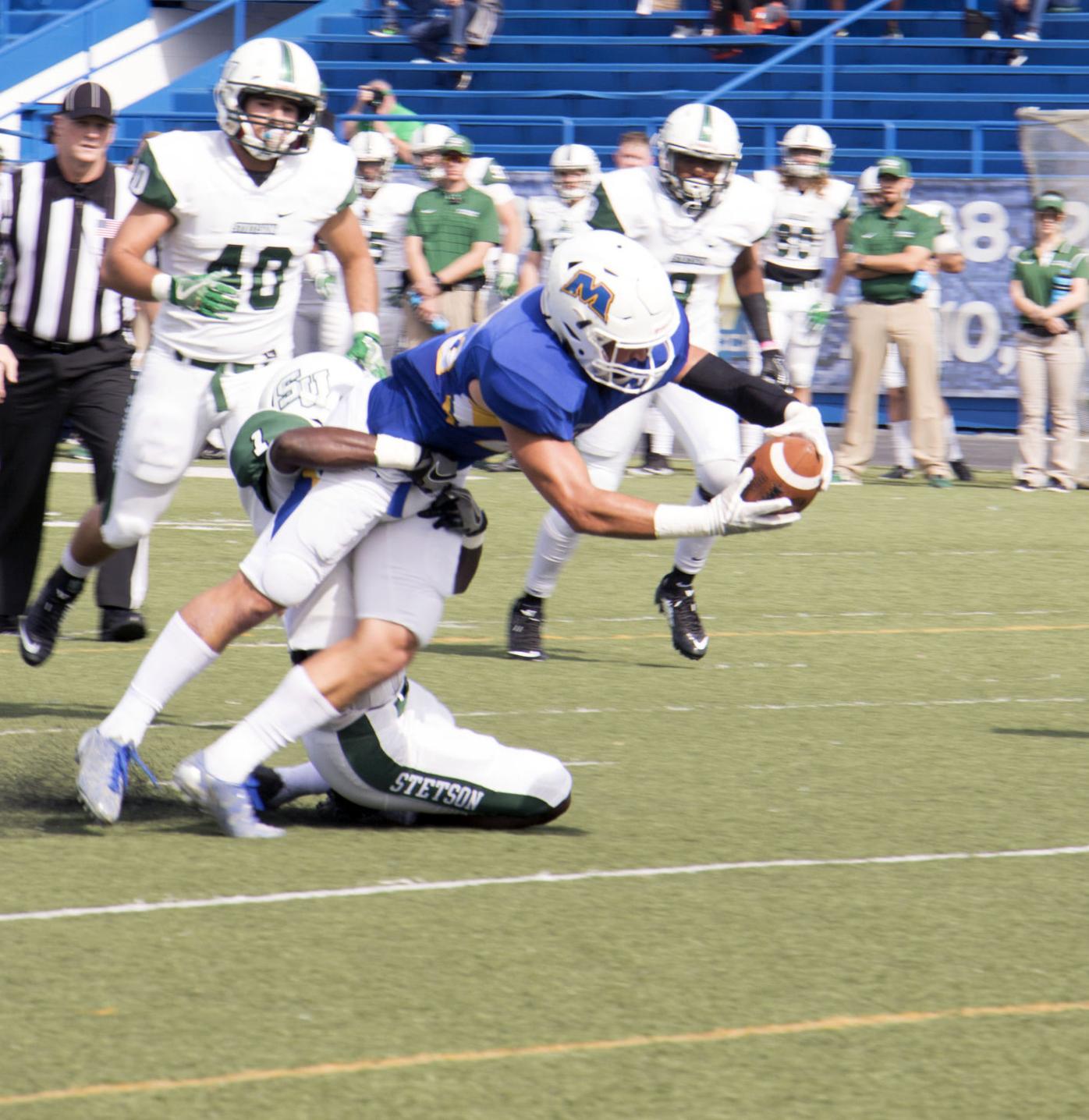 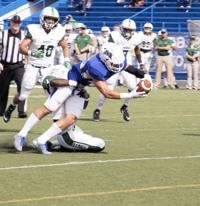 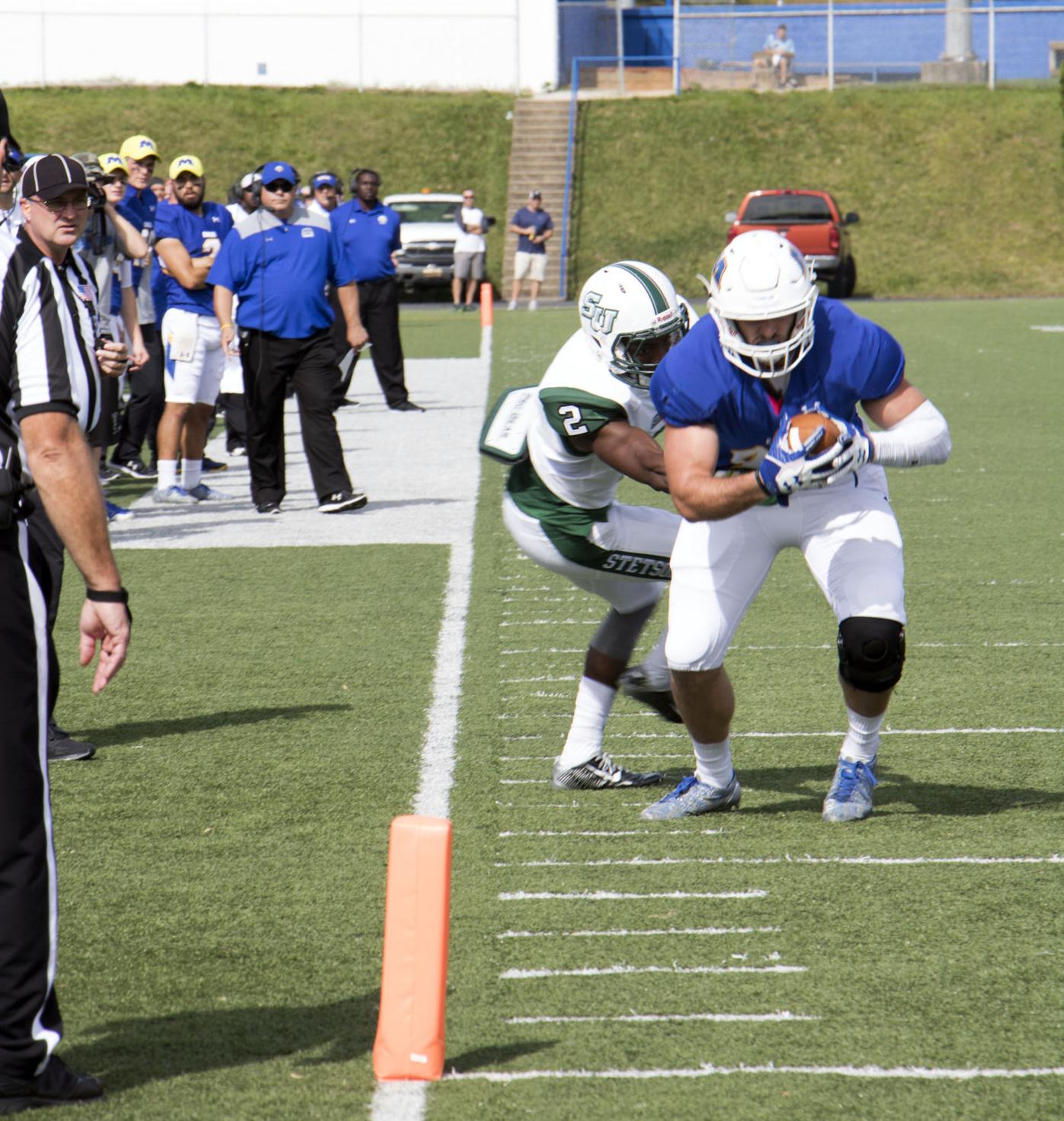 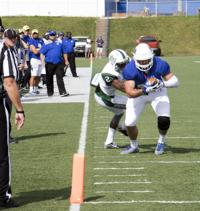 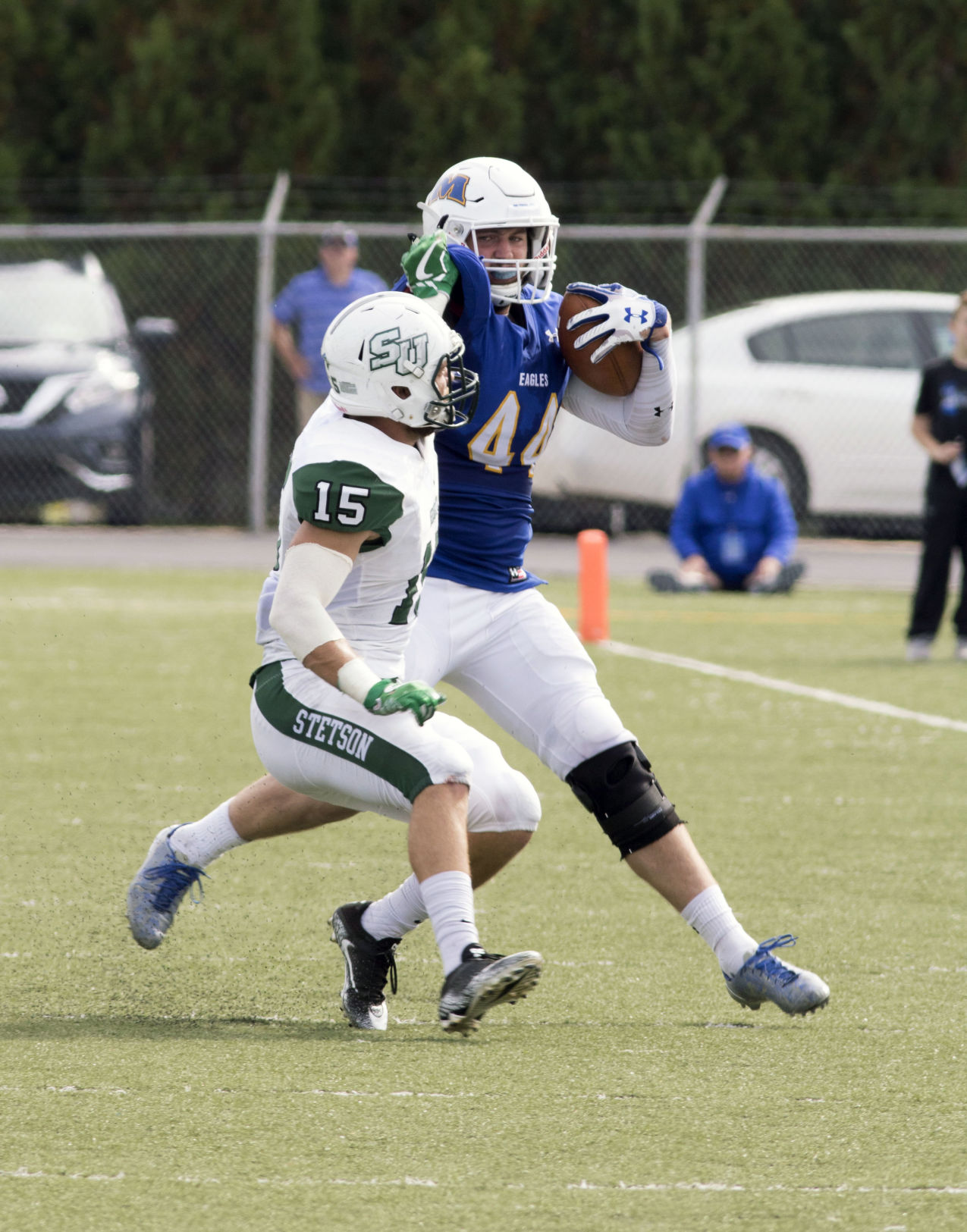 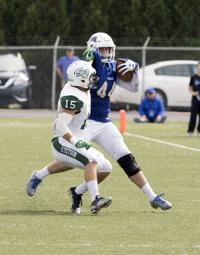 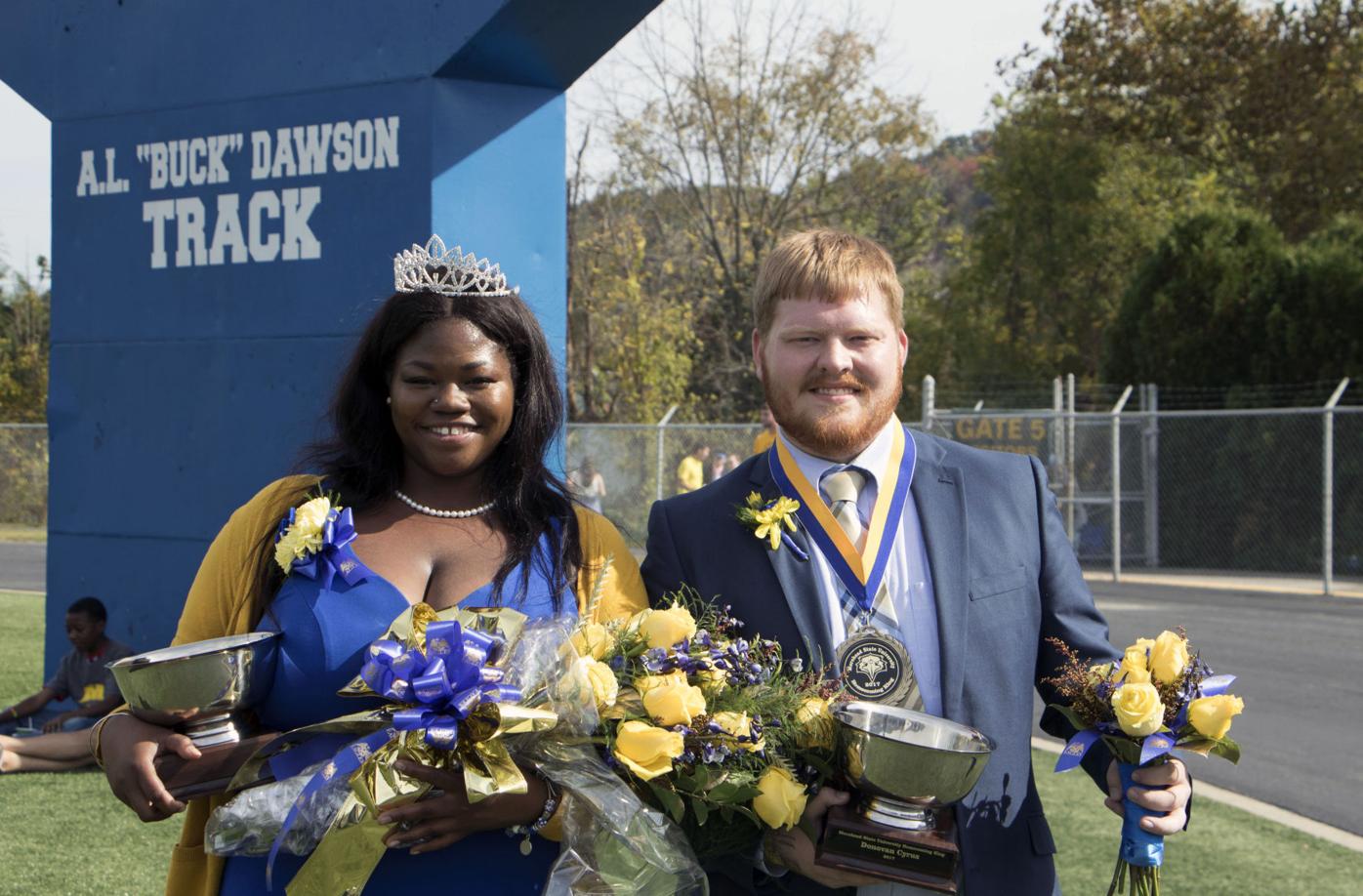 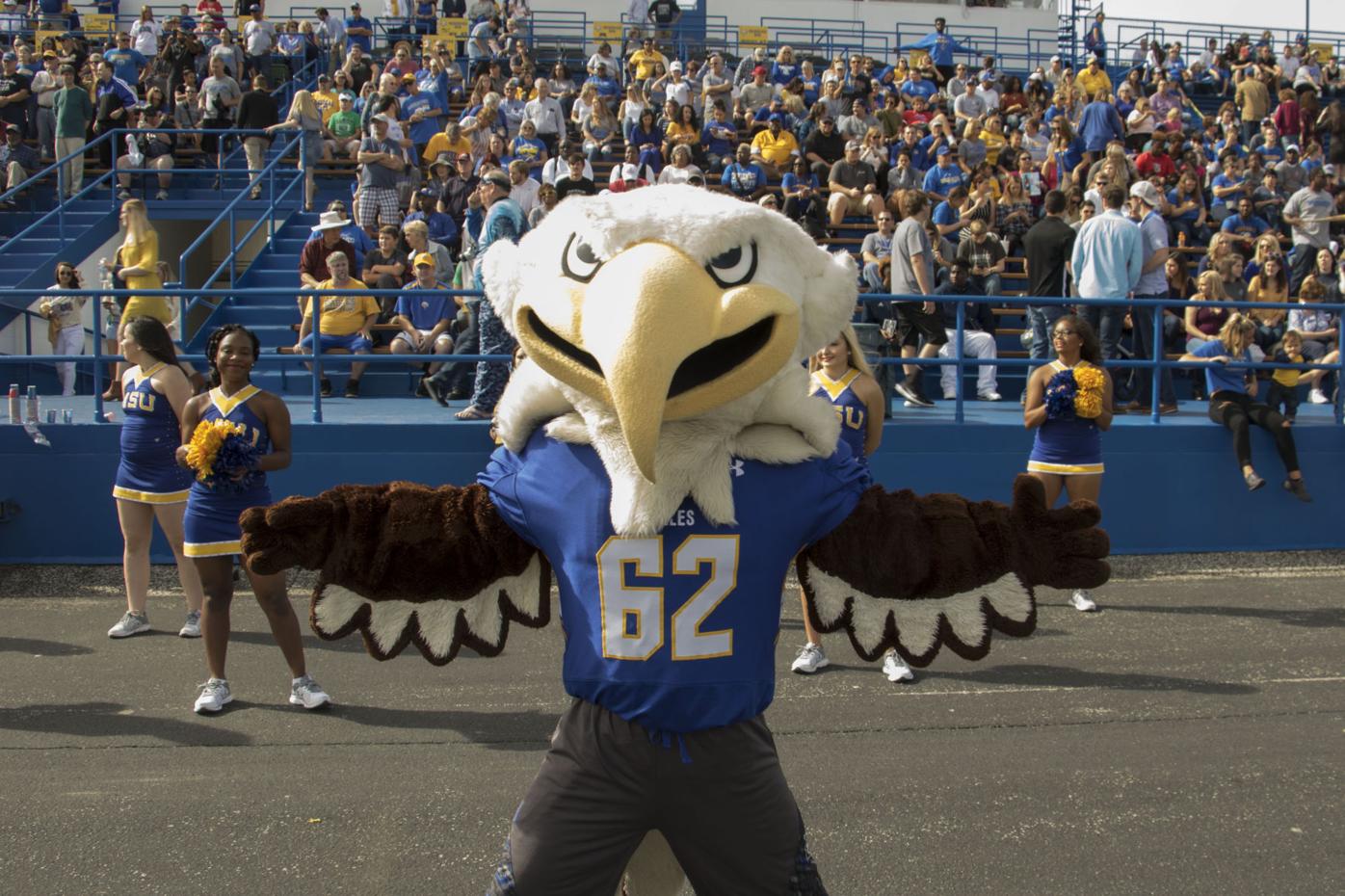 Beaker gets the audience excited at the Morehead State Homecoming football game against Stetson on Saturday. Photo by Xavier Adkins. 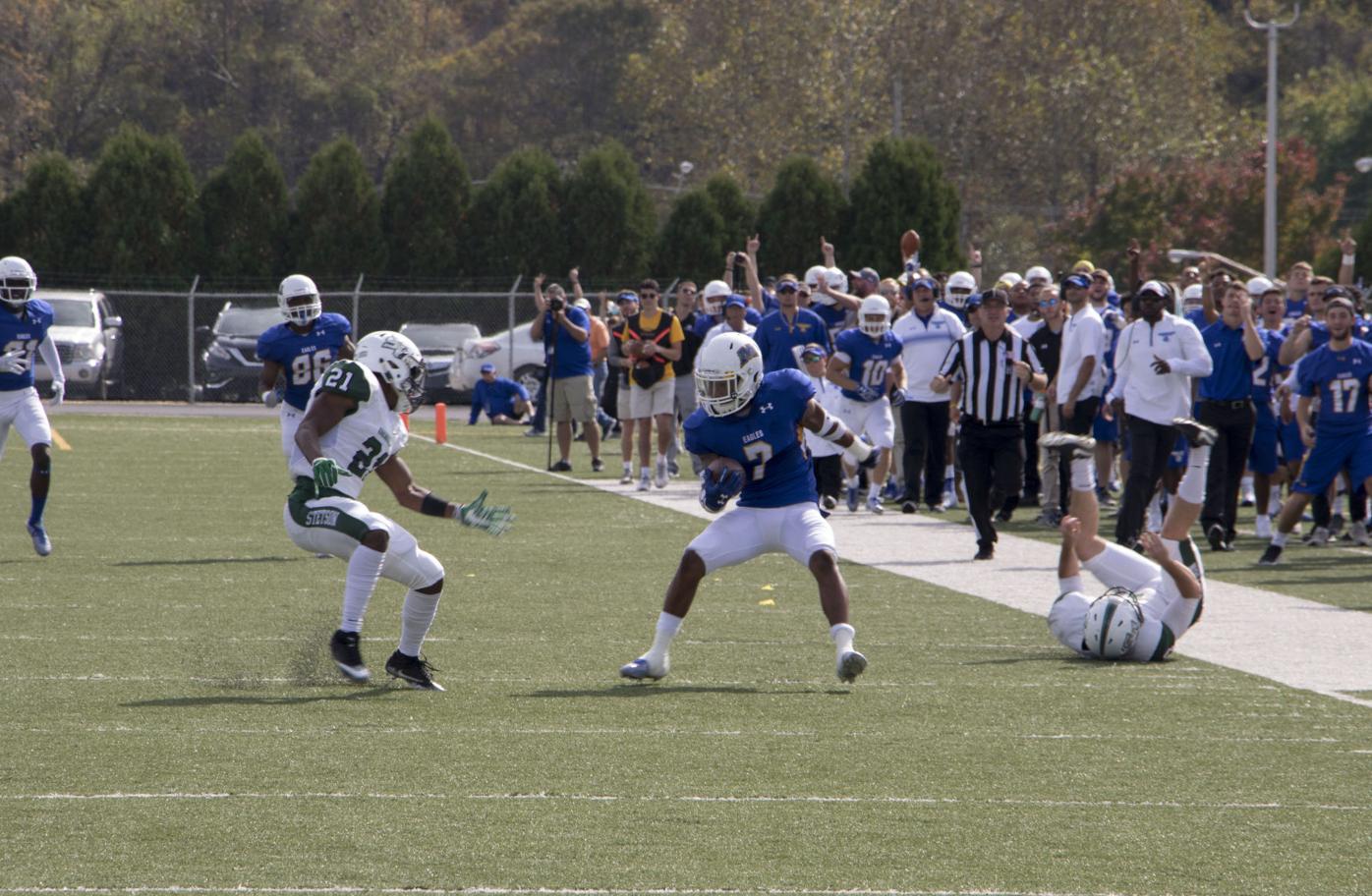 Beaker gets the audience excited at the Morehead State Homecoming football game against Stetson on Saturday. Photo by Xavier Adkins.

The Eagles advance to 3-5 on the season, with a 2-3 mark in the Pioneer Football League. Stetson falls to 1-4 in the conference, amassing an overall record of 2-6.

Morehead State took its opening drive 41 yards for a Page touchdown pass to Nathan Sames, giving the Eagles a 7-0 lead. Stetson's Bryce Blackmon fumbled the ensuing kickoff, allowing Sames to recover the ball and regain possession for MSU deep in the Hatters' territory.

Starting at the 25-yard line, Morehead State continued to move the ball and ultimately reached the end zone on a 2-yard keeper by Page. The Eagles ended the first quarter with a 14-0 advantage.

Stetson needed only one play in the second quarter to get on the scoreboard, connecting on a Colin McGovern pass to Gordon Stetson for 9 yards. After a Morehead State punt, the Hatters scored once more by way of a 27-yard field goal. Page threw 26 yards to Landon Hurst for a second touchdown through the air, bringing the halftime score to 21-10 in favor of the Eagles.

"We did some nice things, and we felt like we had a good plan today," said MSU head coach Rob Tenyer. "Getting that first turnover and going up 14-0 was huge. As you saw, we kind of treaded water there in the third and fourth quarters."

Morehead State received the ball to start the second half, but saw a pass from Page intercepted 31 yards for a touchdown by Stetson's Eddie Curry. SU kicker Jonny Messina nailed his second field goal of the day from 24 yards out, narrowing the Morehead State lead to 21-20 at the end of the third quarter.

In the fourth, Stetson strung together a 52-yard drive over the course of seven plays that ended with a 1-yard touchdown run by Blackmon and the Hatters' first lead of the day. With only 3:20 remaining, Morehead State pushed the ball back down the field to set up a first-and-10 situation on the Stetson 15-yard line.

Coming out of the timeout, Page found Hurst down the right sideline for a touchdown reception in a dive past the pylon. The Eagles tacked on a 2-point conversion for good measure, handing the ball back to Stetson with only 24 ticks on the scoreboard. The Hatters' last-ditch lateral effort in the game's final seconds ended in a fumble recovered by Morehead State's Nick

Page concluded his day with 221 yards, 3 touchdowns, and an interception on 25-for-34 passing. He also rushed for 103 yards and a touchdown on the ground, eclipsing the century mark for the first time in his career.

Hurst grabbed 7 catches for 70 yards and 2 touchdowns, while Sames added 3 receptions for 31 yards and a score of his own.

The Morehead State defense held Stetson to just 85 yards rushing, logging 2 interceptions and a recovered fumble. Cornerback Brandyn Duncan recorded 5 tackles and a pick, complemented by 2 tackles and an interception from Chauncey Johns.

"I thought our defense played outstanding today," Tenyer said. "Stetson really presented some problems for us matchup-wise on both sides of the ball. We were able to fight in the end and a get a win."