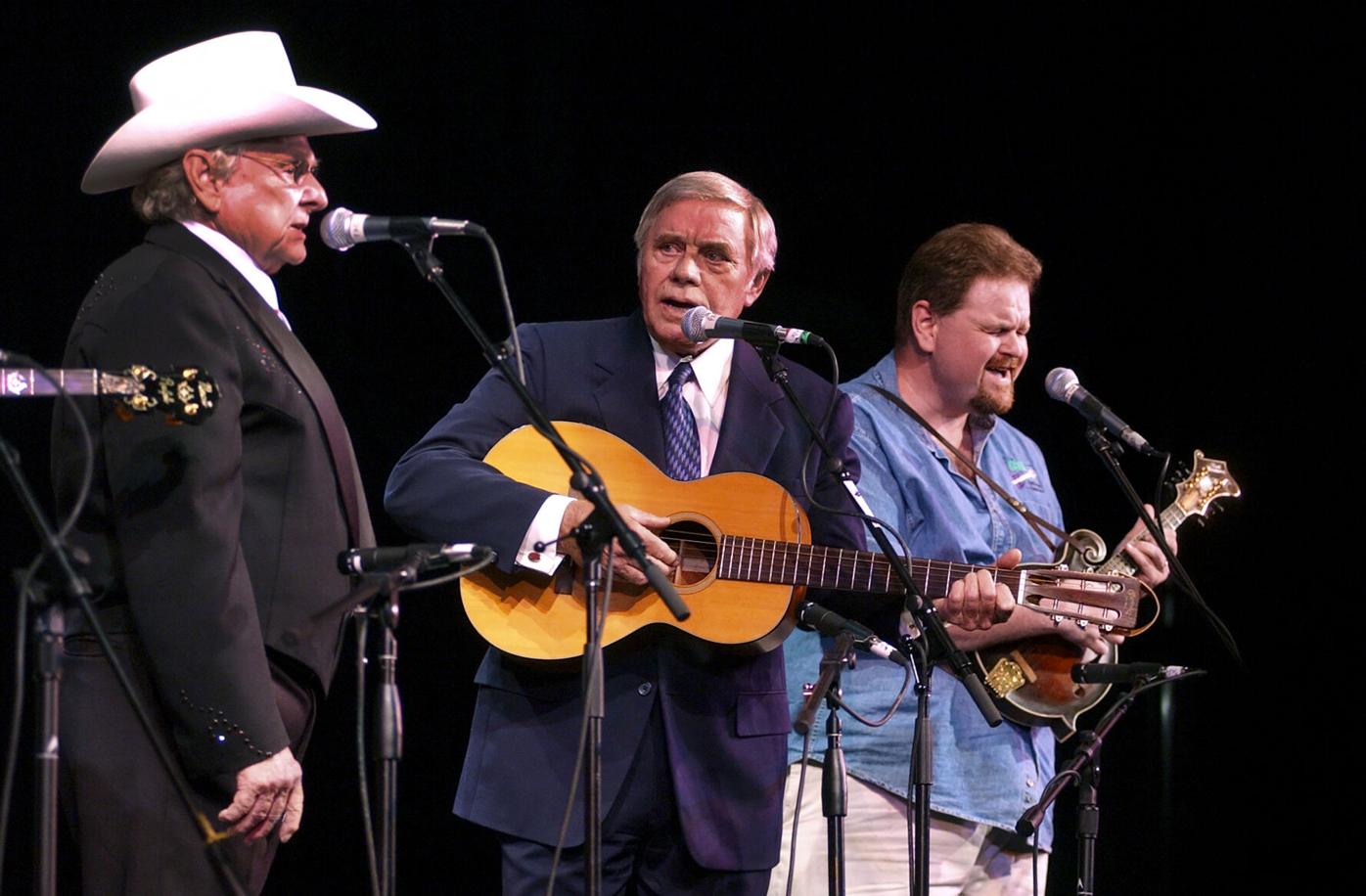 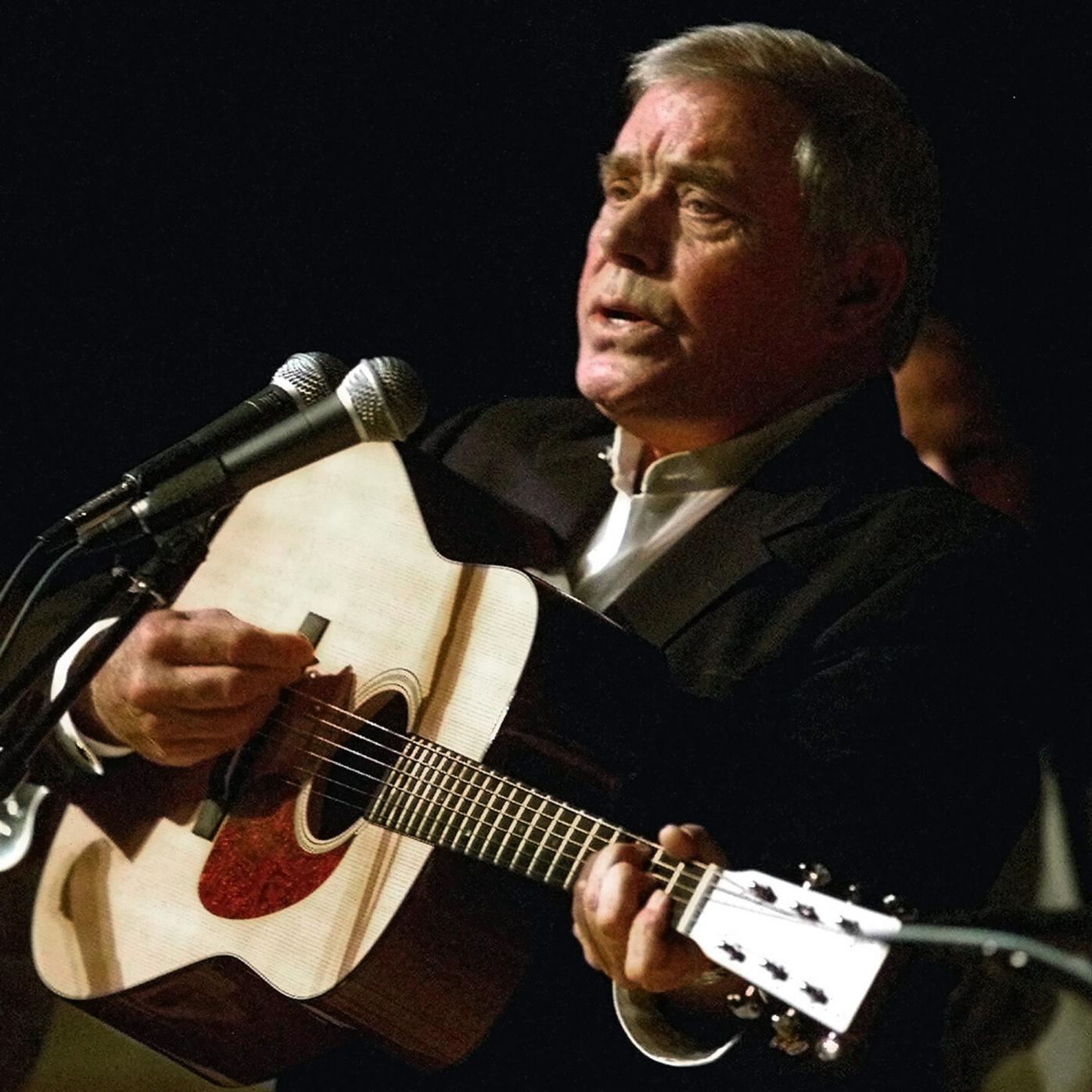 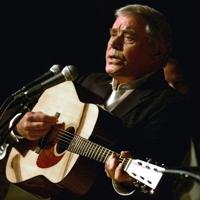 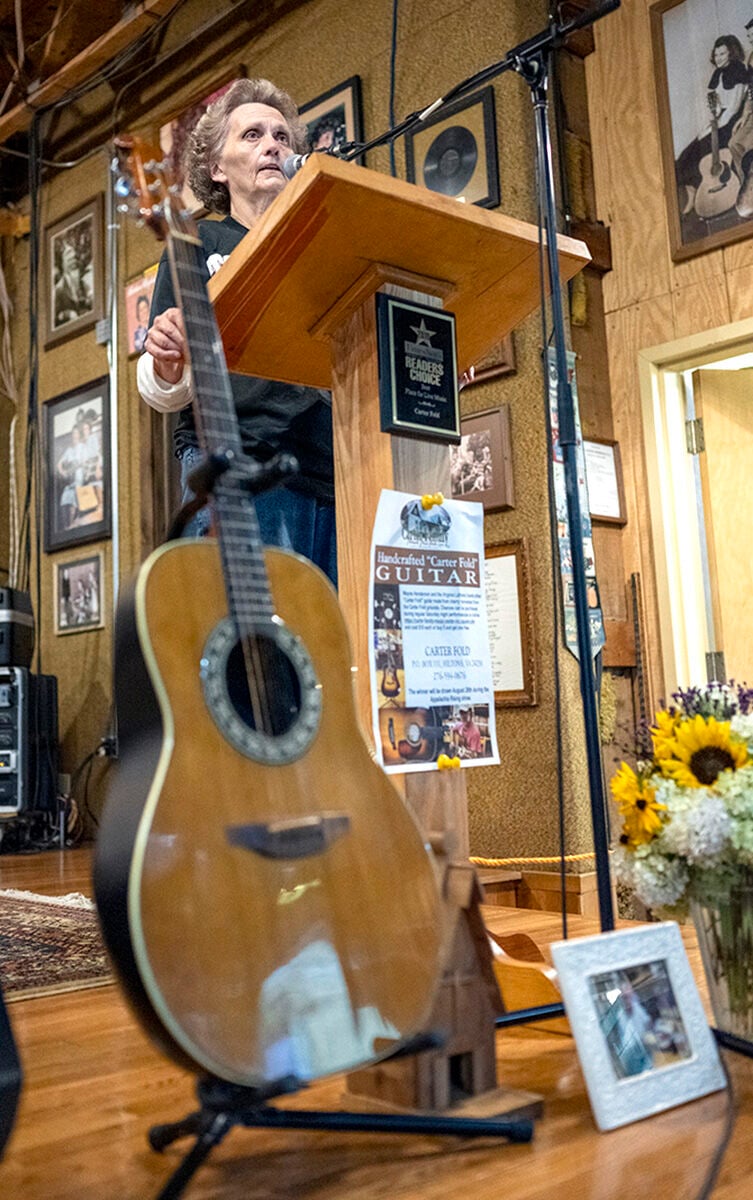 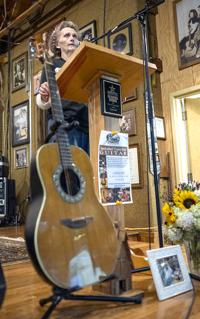 Rita Forrester, granddaugter of renoun musicians A.P. and Sara Carter, and currently the executive director of the Carter Familuy Fold, pays tribute to the late Tom T. Hall before a McLain Family Band show Saturday, August 21, 2021, in Hiltons, Va. The guitar belonged to Hall, who wanted it displayed on the legendary stage he helped build. Photo by John Flavell

Rita Forrester, granddaugter of renoun musicians A.P. and Sara Carter, and currently the executive director of the Carter Familuy Fold, pays tribute to the late Tom T. Hall before a McLain Family Band show Saturday, August 21, 2021, in Hiltons, Va. The guitar belonged to Hall, who wanted it displayed on the legendary stage he helped build. Photo by John Flavell

From his hometown of Olive Hill to the Grand Ole Opry, Tom T. Hall inspired numerous friends, family and fans before his death Thursday at his home in Franklin, Tennessee. He was 85.

Though he made great accomplishments as a Grammy award winner with a spot in the Country Music Hall of Fame among other awards, friends and acquaintances remembered him as down home and true to heart, and as a person who never forgot his roots.

“It’s just so not what you expect someone of that stature to be. You would think he wouldn’t have time for someone like me, but he made time for somebody like me,” said Lisa Conley, who had the chance to get to know Hall while opening a tribute to him in the Olive Hill Welcome Center.

Hall, who was also known by fans as “The Storyteller,” was best known for hits like “Harper Valley P.T.A.,” “(Old Dogs, Children, and) Watermelon Wine” and “The Year That Clayton Delaney Died,” where he spoke of his own experiences, many of which took place in or around Olive Hill.

Alma Sturgill, who owns Sturgill’s Music Center in Olive Hill, spoke about knowing Hall both as a friend and a songwriter when he played music with her late husband, Darvin Sturgill.

“He always said ‘I’m not gonna do any recording.’ I said ‘Tom, you did better on that song than whoever it was that recorded it,’ so he decided he’d start recording,” said Sturgill.

Rita Forrester, granddaughter of iconic stars A.P. and Sara Carter, and current executive director of the Carter Fold in Hiltons, Va, started a show Saturday with one of Hall’s guitars displayed on the legendary stage he helped build.

“He was the best person I ever knew,” she said. He helped tear down the cabin that her grandparents raised their family and rebuilt it at the Fold visitors to tour before going to shows. He crafted some of the display cases in the museum.

Hall also had a direct connection to the Carters through their extended family. He met his wife Dixie through the Carter family after they had sponsored her move from England to the United States. They were married in 1968 until her death in 2015.

“He worshipped Dixie,” said Forrester. “When she was dying and he had his bed right beside hers and she was just a reach away 24 hours a day.”

Forrester said Hall performed at the Carter Fold only once and reluctantly because Dixie twisted his arm.

Before his passing, Hall had donated a large amount of his memorabilia to the Olive Hill Welcome Center and left a lasting impression on Conley, the Olive Hill Chamber of Commerce president.

“People don’t realize what a loving and a caring man Tom T. Hall really was until you talk to friends and people who worked for him, his family,” said Conley. “There’s just not enough words. There’s not enough positive words to describe this man.”

Hall’s death has created shockwaves not only through the country and bluegrass music worlds, but through his lifelong friends and family.

“When you’re real close to people, it’s different just knowing them. But Tom was enjoyable,” said Sturgill. “He was more like a brother.”