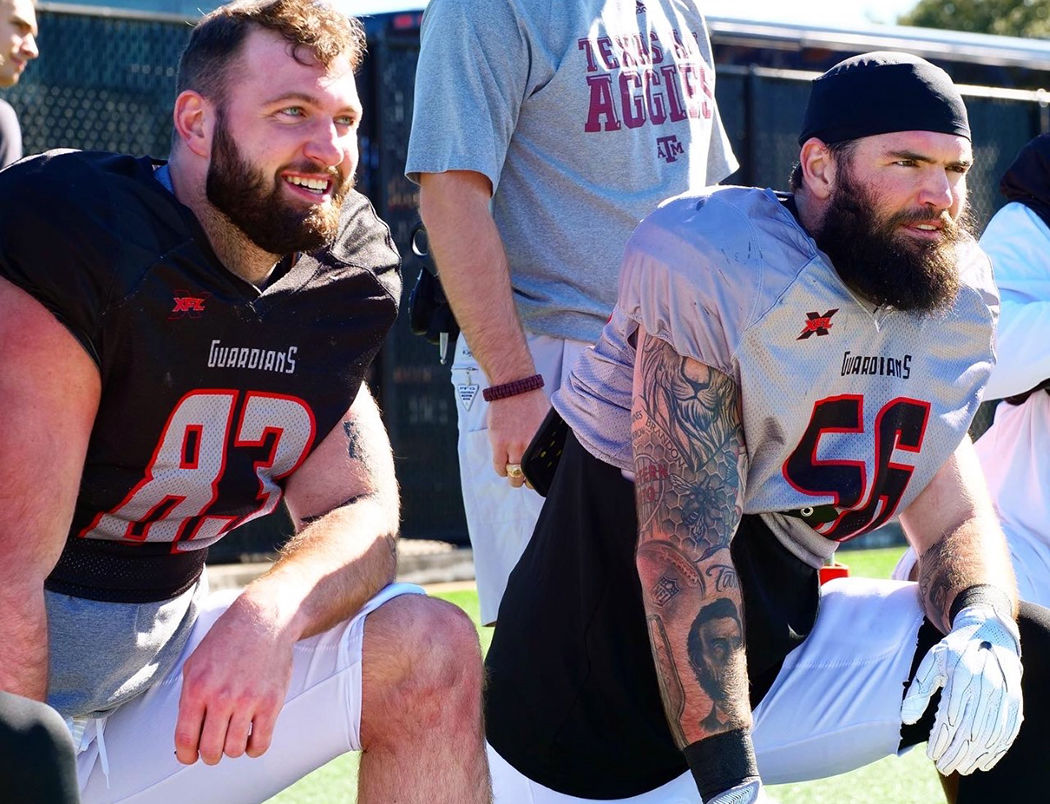 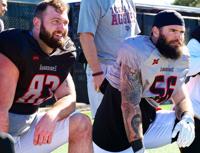 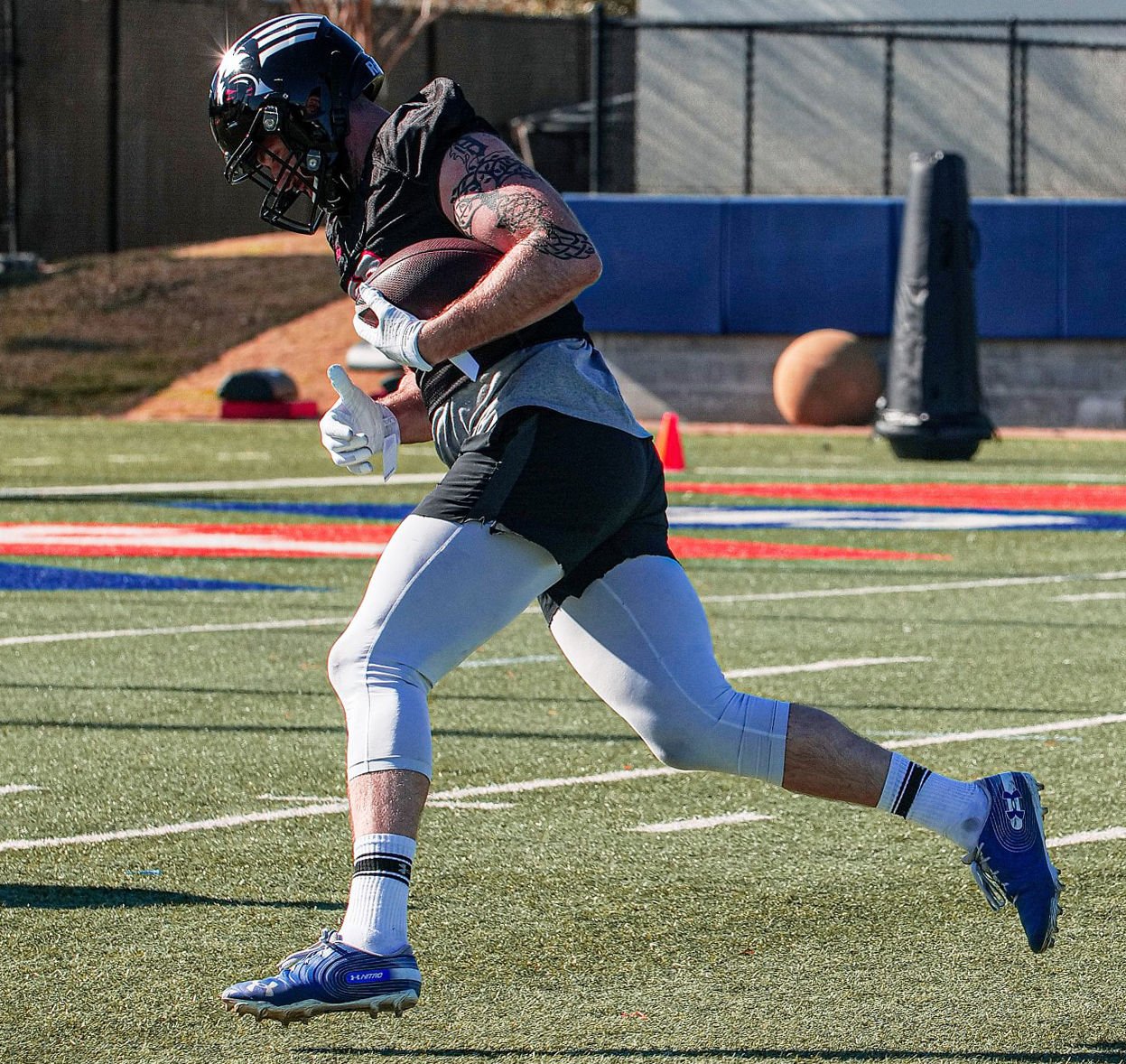 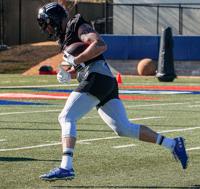 Former Morehead State tight end Jake Sutherland participates in spring training in Houston. Sutherland, who played at MSU through 2017, plays for the New York Guardians of the XFL.

Former Morehead State tight end Jake Sutherland participates in spring training in Houston. Sutherland, who played at MSU through 2017, plays for the New York Guardians of the XFL.

Jake Sutherland, who played at Morehead from 2014 to 2017, with more than 500 yards receiving and 5 touchdowns, was selected to play for the New York Guardians of the XFL, which starts the season Feb. 9 against the Tampa Bay Vipers at Raymond James Stadium in Florida. The XFL has been brought back to life by new owner Vance McMahon, who’s been associated with the World Wrestling Entertainment since the 1990s.

“I always dreamed and had the determination of becoming a professional athlete,” said Sutherland.  “But to have my aspirations become reality is truly indescribable.”

He endured two sets of training camps in December and January in the Houston, Texas area.

“I really enjoyed both camps because I was finally playing football again and living out my dream of becoming a professional football player,” he said. ‘It was a very long and grueling process, but that’s why we play this sport. We love the challenge and what it takes,”

Sutherland said playing at MSU taught him how to grow his future.

“Throughout my career at MSU, I learned and grew a lot as a player and man,” he said. “I think the most important lesson I learned during that time was to be grateful for what you have but also to not be satisfied.”

But he also noticed a difference between college and pro ball.

“The speed and intensity of the game are amplified, the competitive fire is very high,” he said. “With that being said, there is a sense of respect amongst players as well. Everyone has respect for one another for making it to this level, even between opposing teams, and it is very genuine.”

“All of these people believed in me and supported me to chase my dreams,” he said. “I am very grateful and blessed to be where I am at today, however, I still have more to prove.”

The XFL season begins Saturday, February 8, with the New York Guardians’ opener on Sunday, February 9 at 2:00 p.m. ET on FOX.