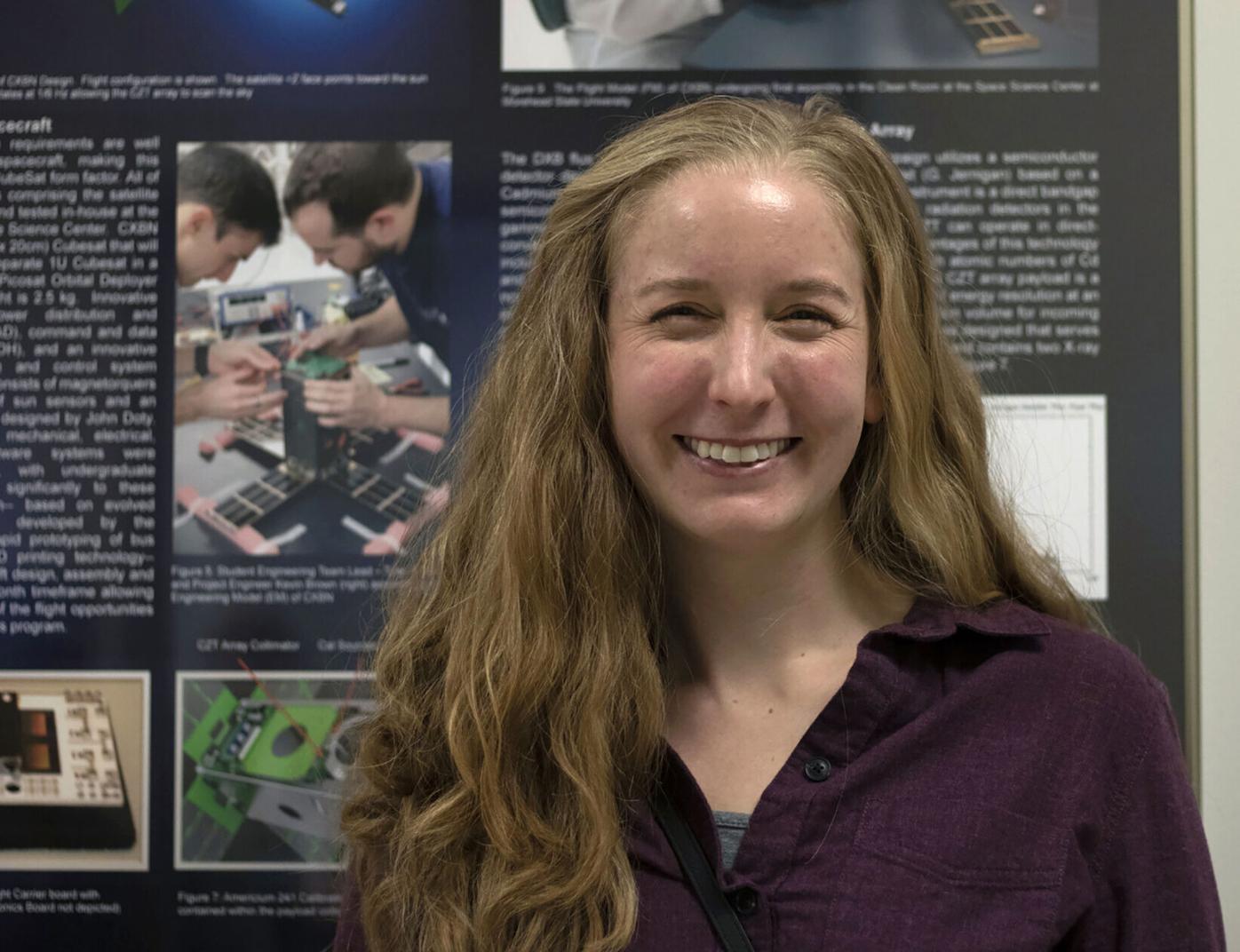 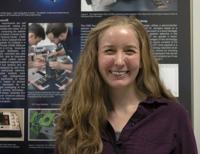 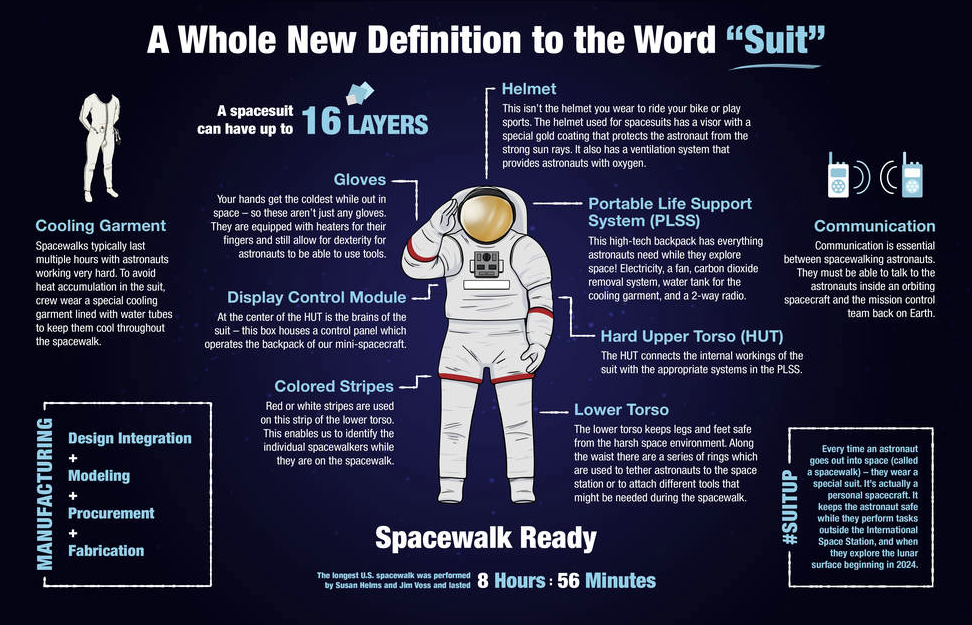 An infographic explains the primary functions of a spacesuit. Screenshot taken from NASA's website. 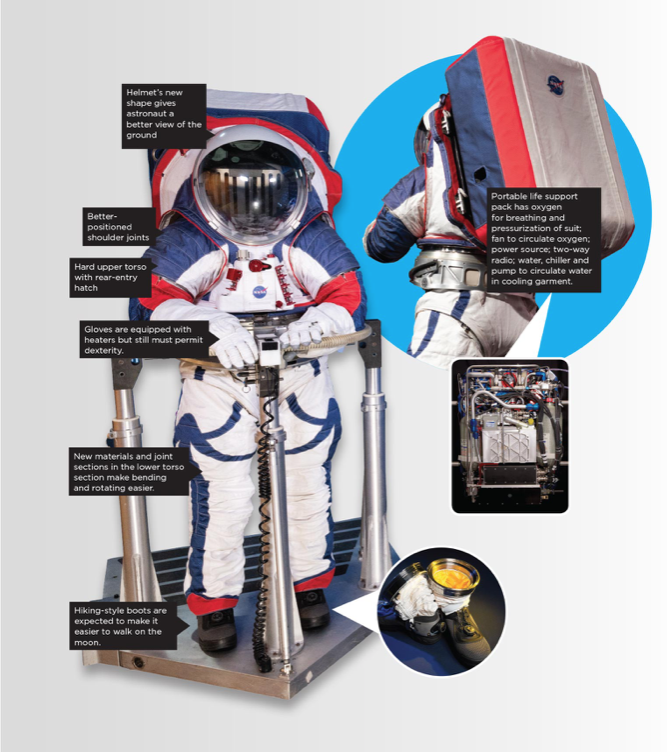 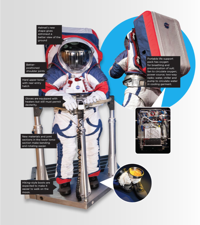 The xEMU will capitalize on lessons from Apollo, the space shuttle and the International Space Station, in addition to lab and field tests dating back to at least 1989. Screenshot taken from Aerospace America. 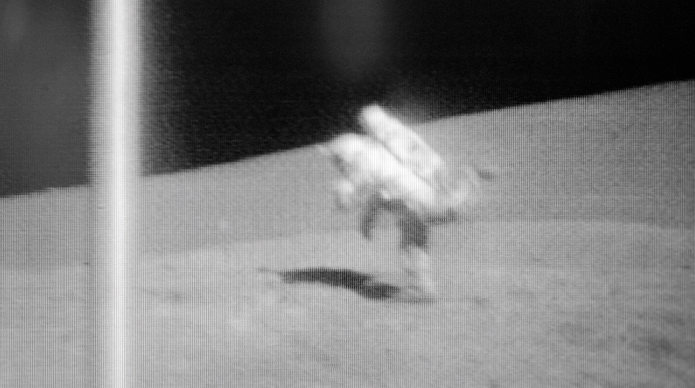 Apollo 17 astronaut Harrison Schmitt loses his balance and heads for a fall while working on the moon in 1972. Screenshot taken by Aerospace America from a NASA video. 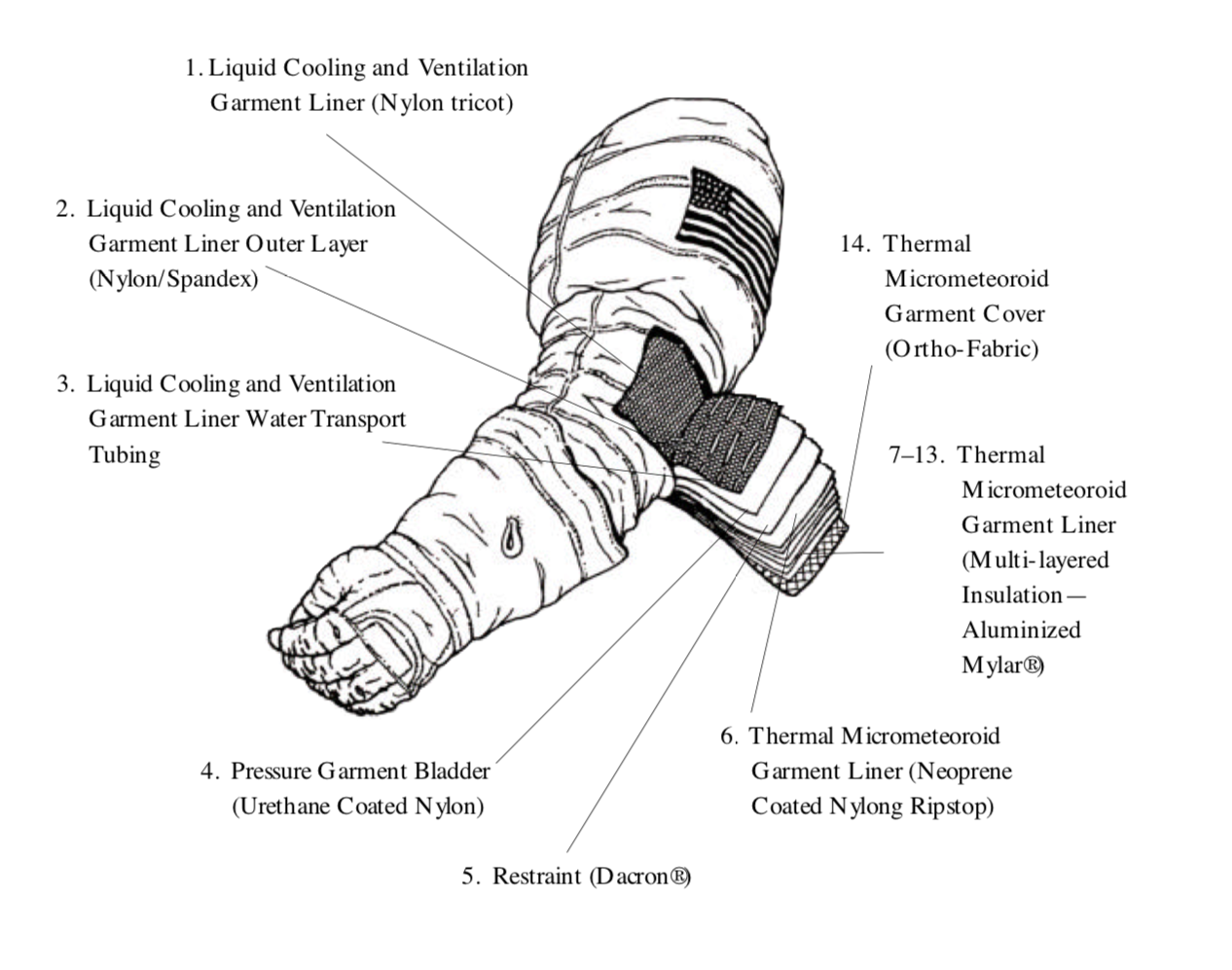 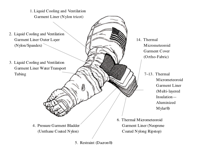 A screenshot of a diagram for each component in the multil-layered space suit for the Artemis mission. Photo screenshot from NASA's website.

The xEMU will capitalize on lessons from Apollo, the space shuttle and the International Space Station, in addition to lab and field tests dating back to at least 1989. Screenshot taken from Aerospace America.

Apollo 17 astronaut Harrison Schmitt loses his balance and heads for a fall while working on the moon in 1972. Screenshot taken by Aerospace America from a NASA video.

The new generation of space suits for NASA’s upcoming Artemis mission will use advanced technology to safely put astronauts back on the moon and an Ashland resident is on the team.

Stephanie Johnston, an engineer for NASA’s new space suit, the Extravehicular Mobility Unit (EMU), has been working to improve the sustainability of astronaut safety, life support and mobility for NASA’s return to the lunar surface.

“If you go back and look at some of the videos, you’ll see [astronauts] falling down quite a bit because their suits weren’t very mobile,” said Johnston, a Lombard, Illinois native. “And so, we’ve been trying to improve on that for a while now, so they’ll get to walk a little bit more gracefully on the lunar surface.”

Apollo-era space suits could only protect astronauts for a few hours outside the Lunar Module, but the new suit will have the capability of protecting the crew for eight hours at a time, providing them more time to work and explore.

The pressurized suit will have the same multi-layered design as the International Space Station suits, but it will have mobility enhancements and advanced dust-tolerant features to prevent inhalation and contamination of the life support systems.

“It’s basically a mini-spacecraft that needs ad-mobility, so you’ve got to have everything for the human to survive in space and keep them alive in a vacuum,” said Johnston, a Purdue University graduate.

It also protects in the extreme temperatures of -250°F to 250°F, radiation, micrometeoroids and the reduced atmospheric pressure.

Throughout the design and testing process, Johnston’s team of nearly 400 people will repeatedly assess potential failures in the suit.

“We have a full process of failure preventions, assessing risks, assessing failures,” she said. “We do these assessments where we pick every single component in the system and we look at how it can fail and what’s the result for the system.”

She said system redundancy is what protects astronaut lives.

Johnston began working as an intern at NASA’s Jet Propulsion Laboratory (JPL) in 2008 and went on to Houston’s Johnson Space Center in 2009 as a co-op, then started full time with NASA in 2012.

NASA allowed her to move to Ashland a couple of years ago to be with her fiancé. From home, she can reach out to several of the agency’s centers and contractors all over the country. She also reached out to Morehead State University to offer mentoring for Craft Academy and Space Science Center students

“I heard that MSU had a good Space Science Center,” said Johnston. “I hadn’t actually heard of Morehead until I moved to Kentucky, but it sounded like it would be a cool fit. I’ve heard there’s some future engineers here.”

She said she wouldn’t be in her position without mentors helping her along the way.

Once completed, the new suit will be tested on the space station to confirm its overall performance before going to the lunar South Pole in 2024.