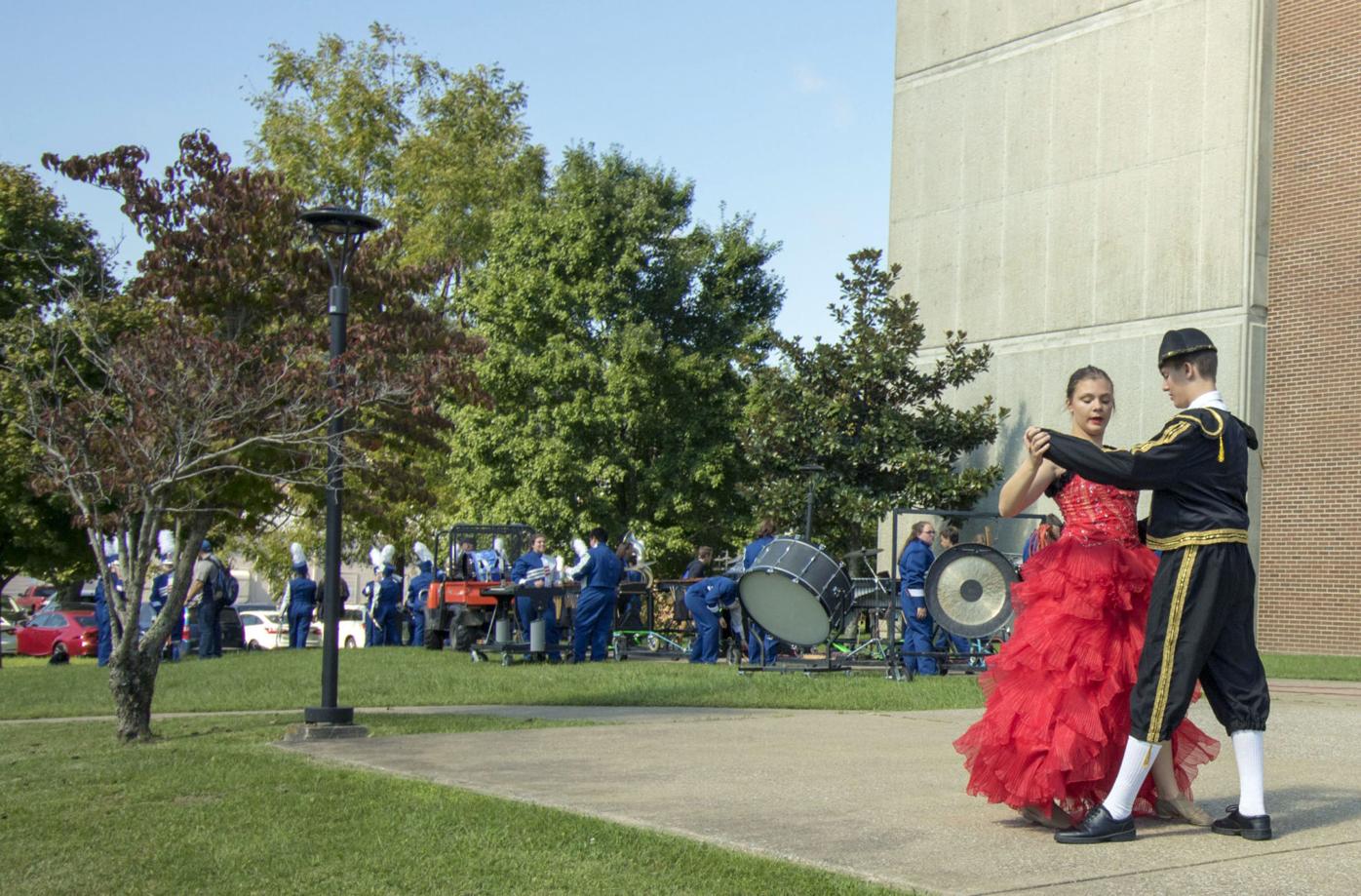 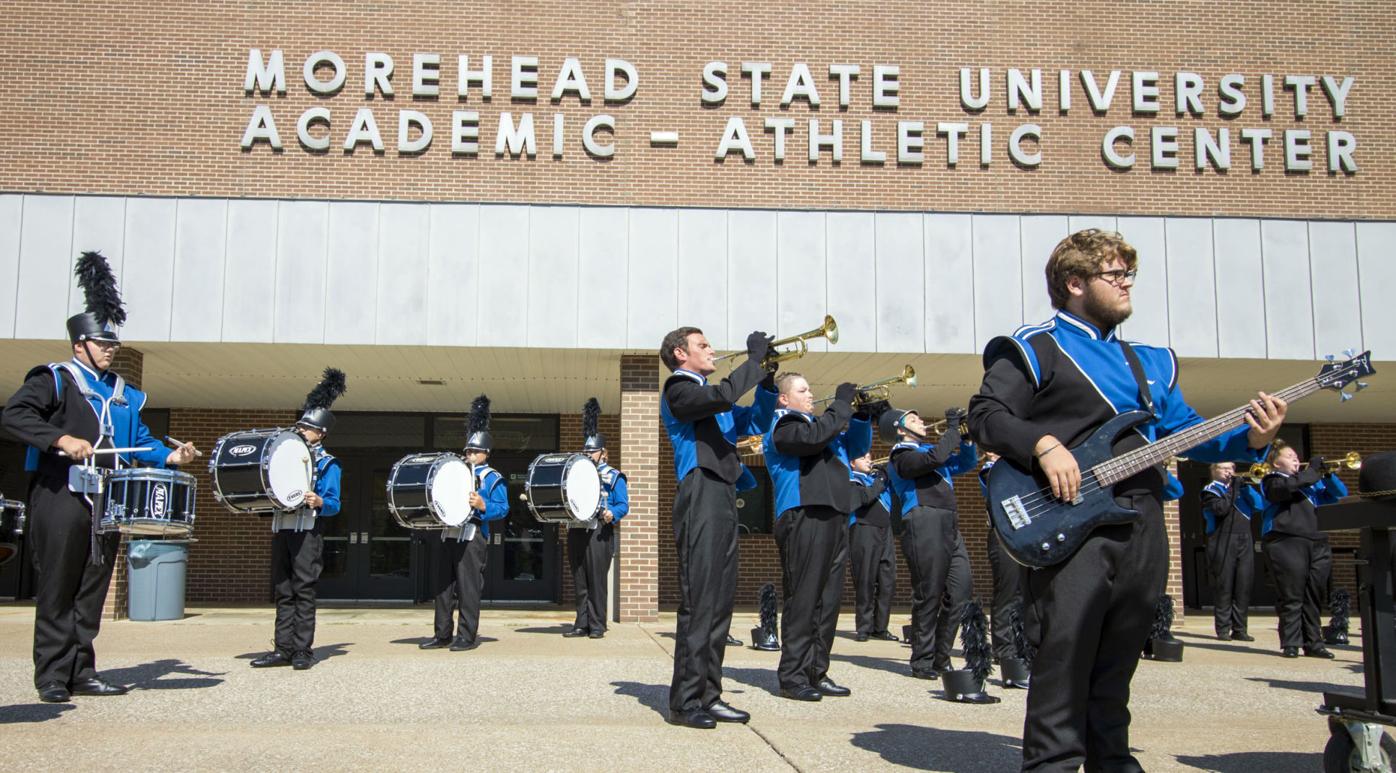 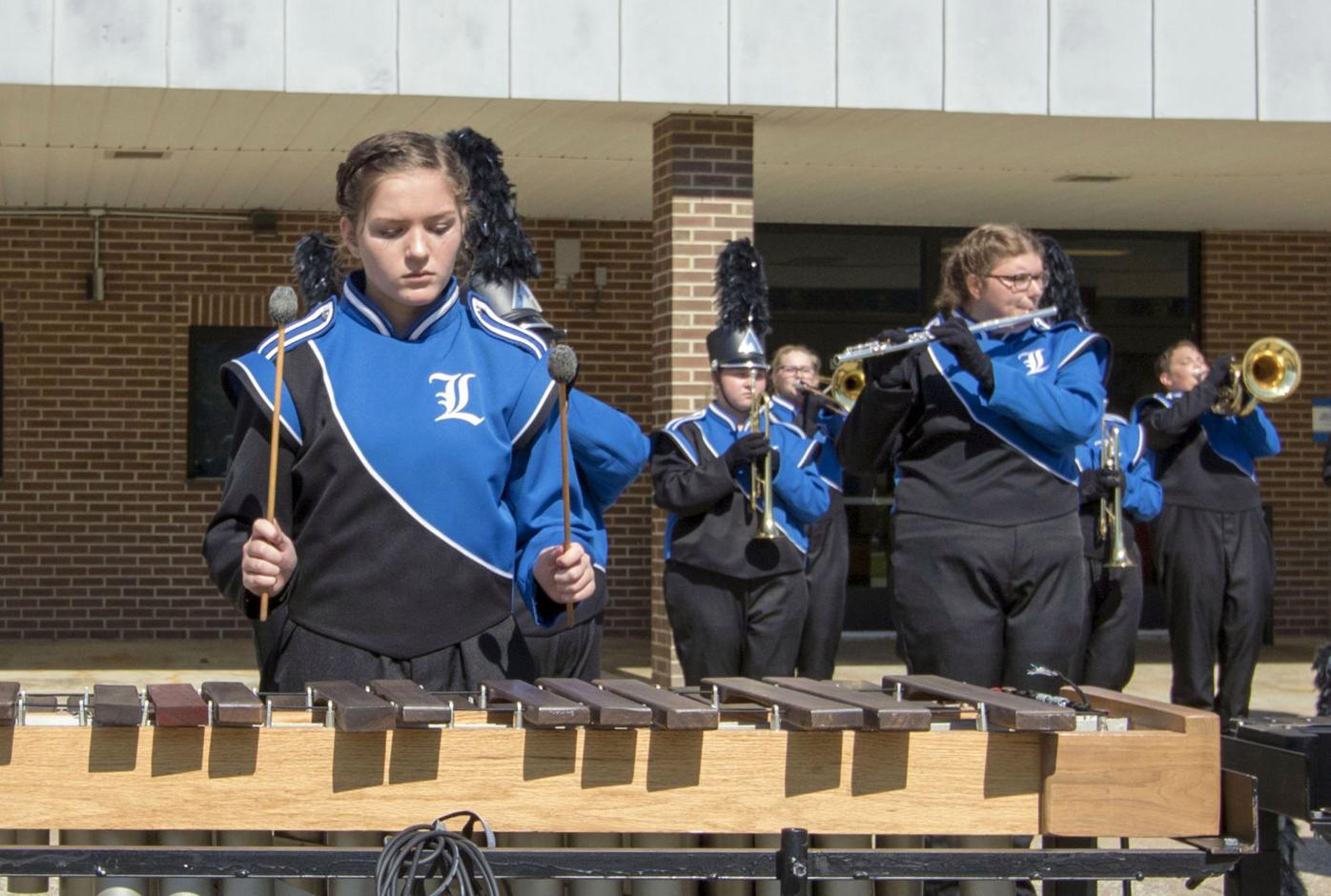 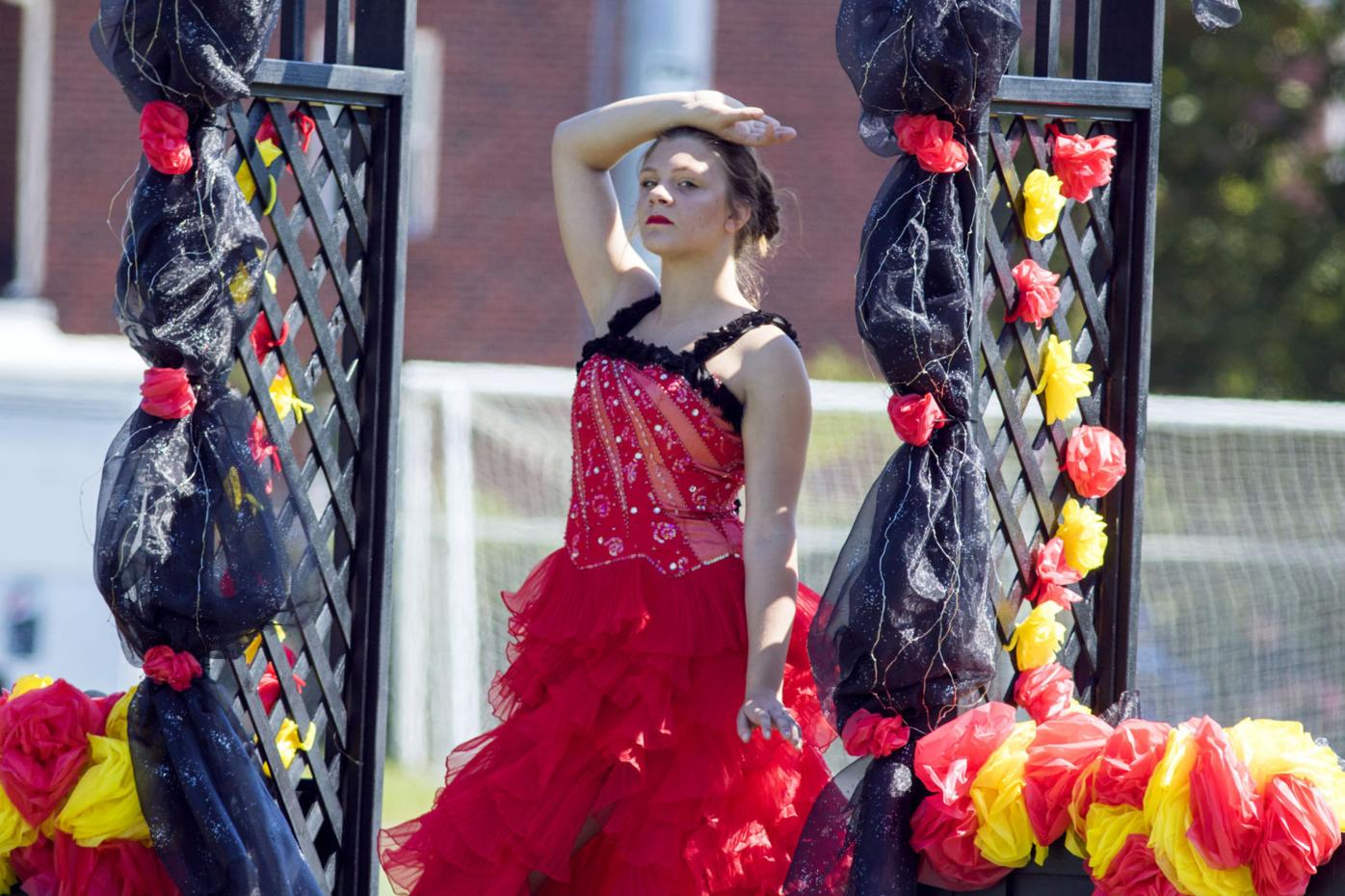 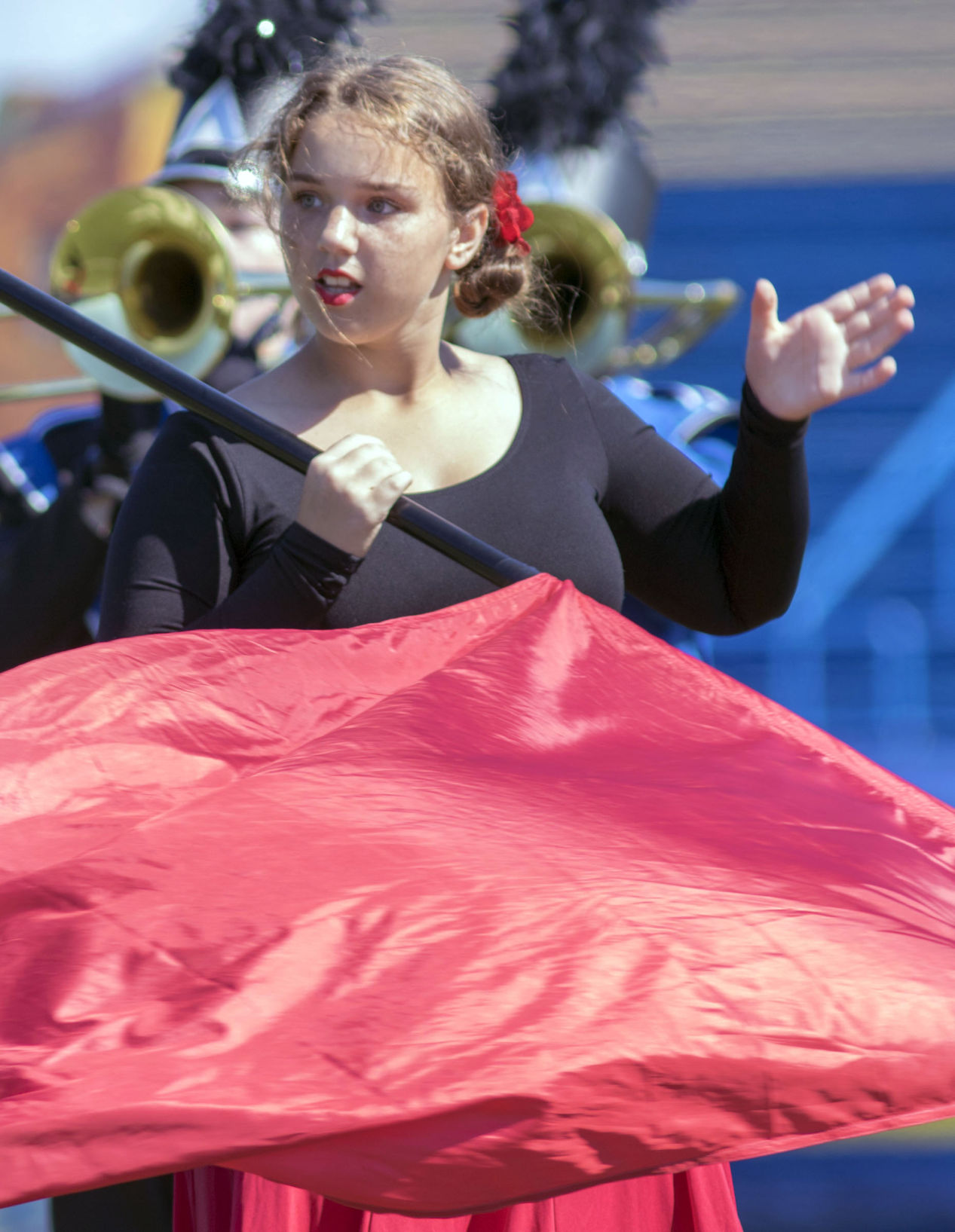 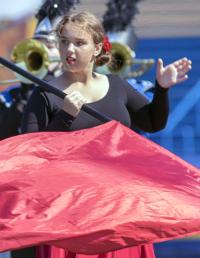 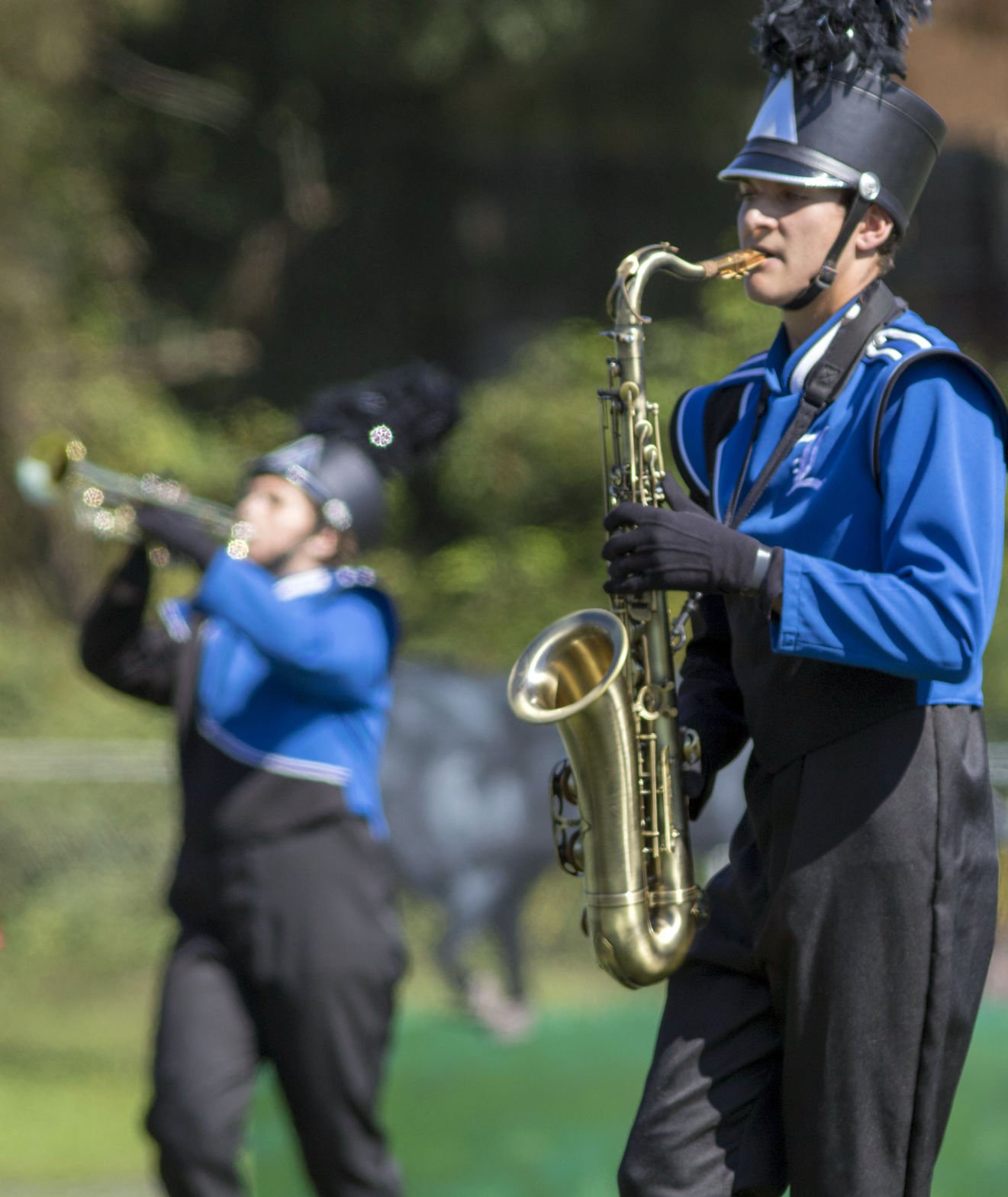 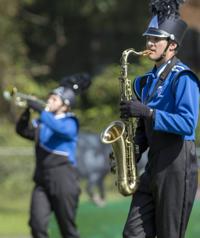 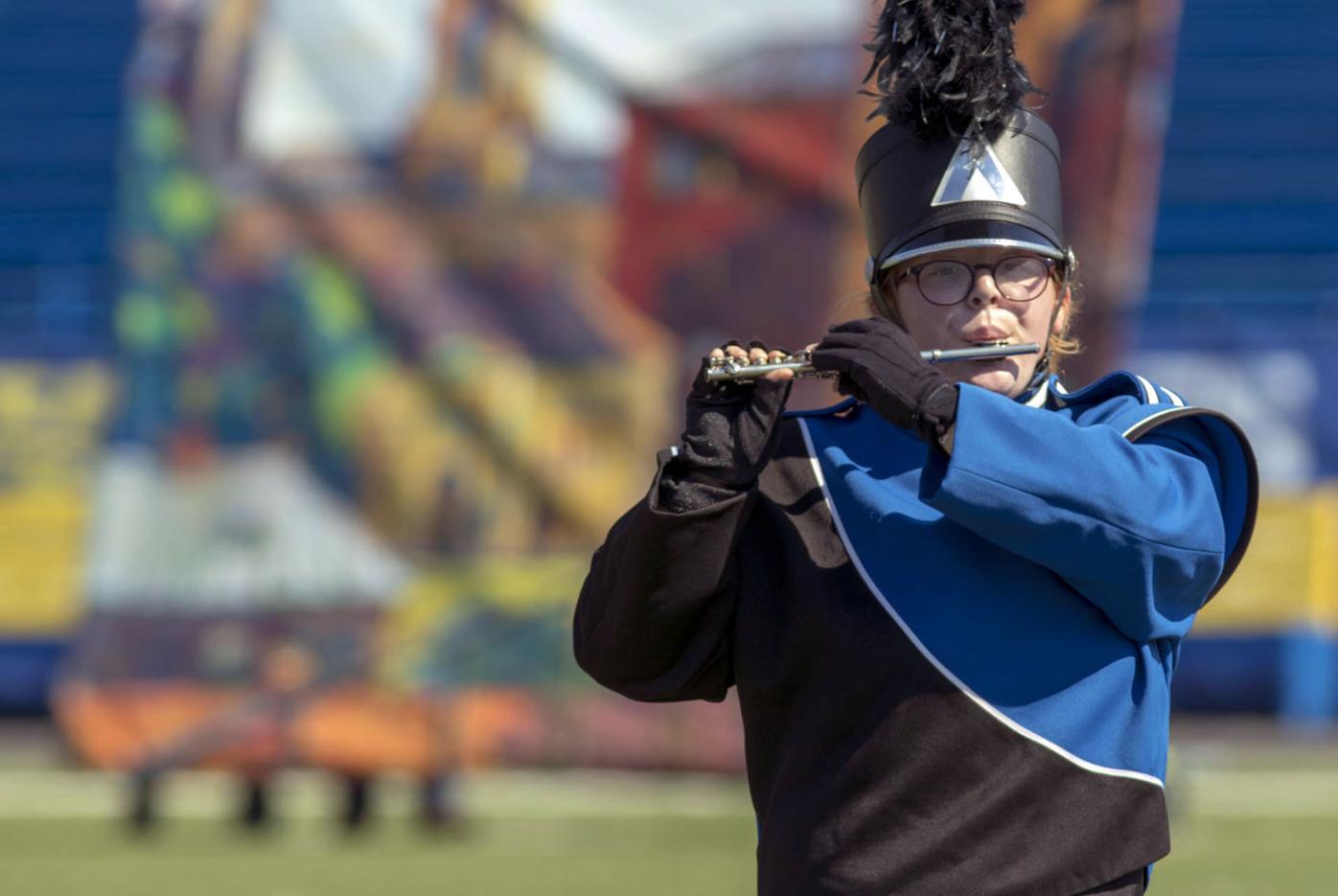 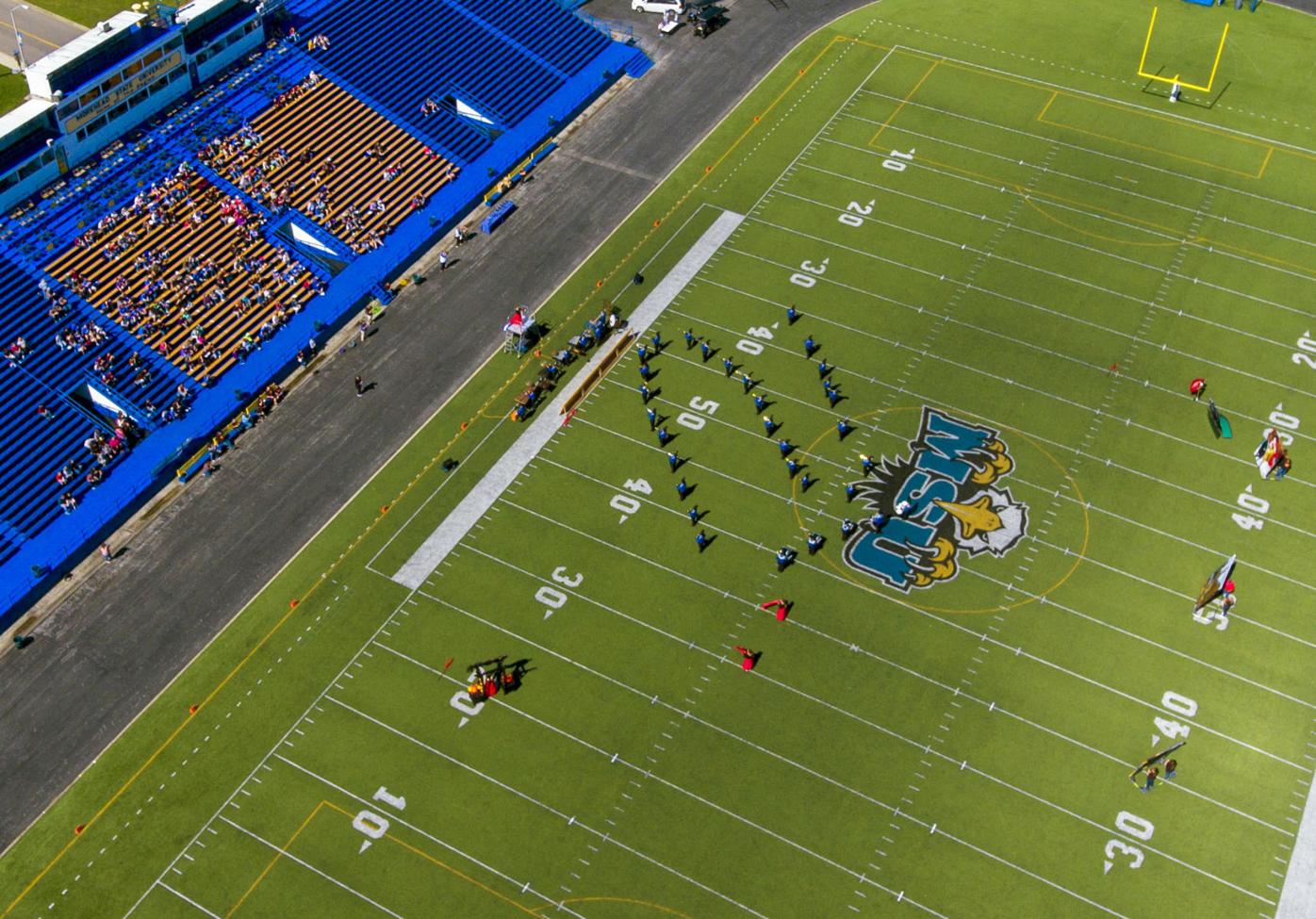 The Lewis County High School Marching Band roared into Jayne Stadium at Morehead State University on Saturday for the university’s annual Blue and Gold Competition, led by a new director who is no stranger to the school.

Katie Holbrook, of Lewis County, is entering her first year as director of The Lewis County Marching Band of Pride. Holbrook had been in high school marching band herself for six years, before a five-year stint or Morehead State University.

She said she enjoys her new role.

“I came from a small school that did not have marching band competitively.” said Holbrook. “These kids have really flourished my passion for marching band again.”

The Lewis County Marching Band performed their piece, Images of Spain, very lightly and beautifully. The band was accompanied by the Lewis County Color Guard in their performance, as well as with a dance performed by Lewis County High School Students Gabby Myers and Aaron Prater.

Sponsor-backed props anchored the march and brought out the theme of the ‘fiery show’.

“A band is not proud because it performed well; it performs well because it’s proud.” said fourth-year Lewis County Marching Band student Lauren Duff, who plays the piccolo.

Third-year Marching Band student Taelyn Johnson, who plays the marimba said, “I love the motivation this year and how far we’ve come from where we started.”

Lewis County placed second in the AA division, but 10thoverall. Holbrook said much can be expected from the band going forward.