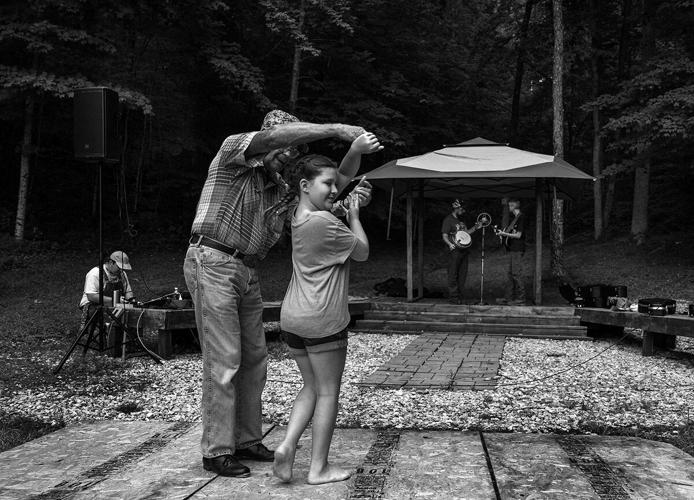 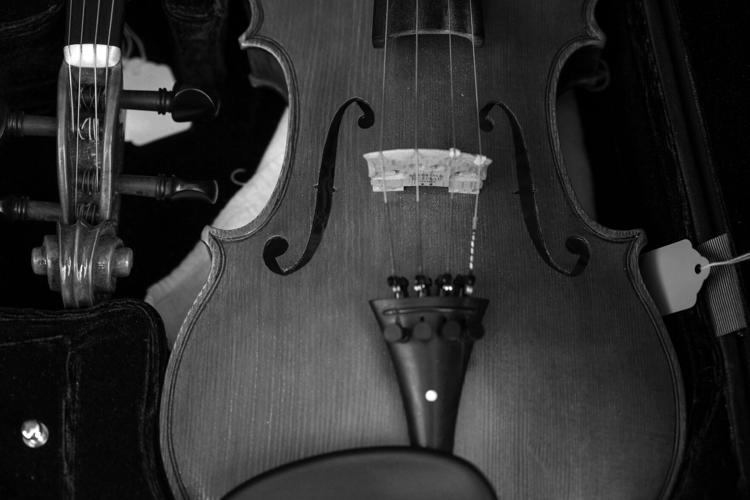 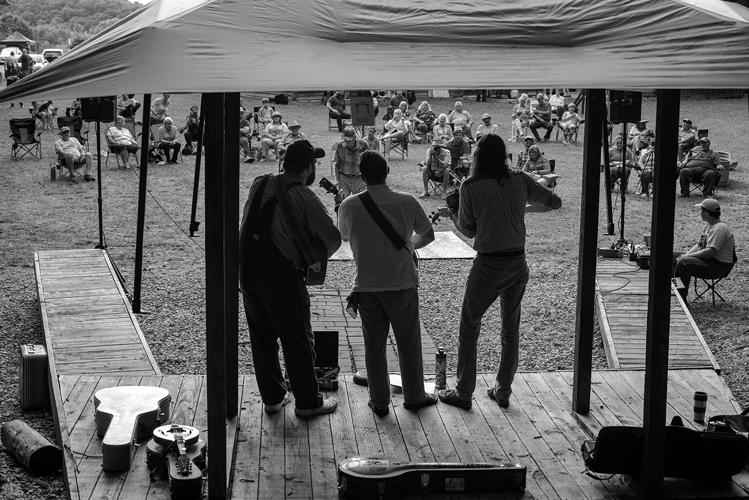 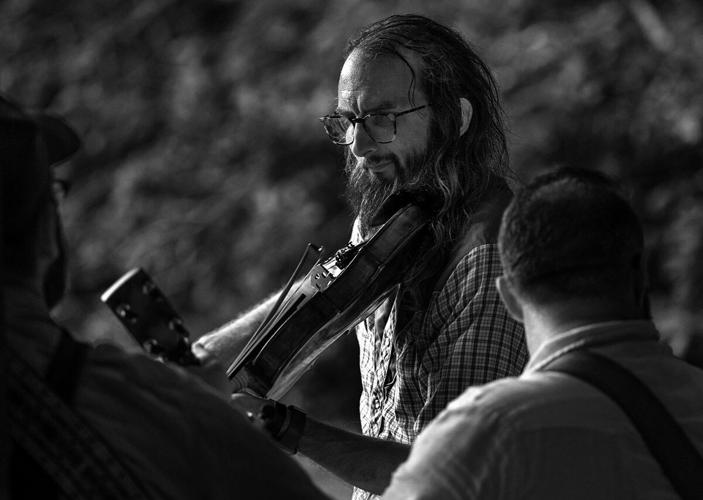 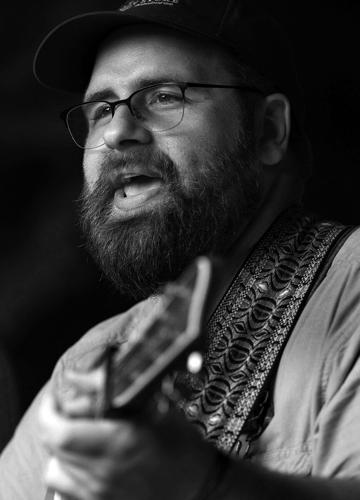 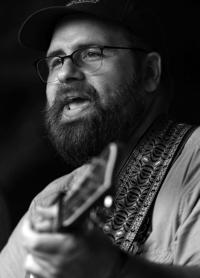 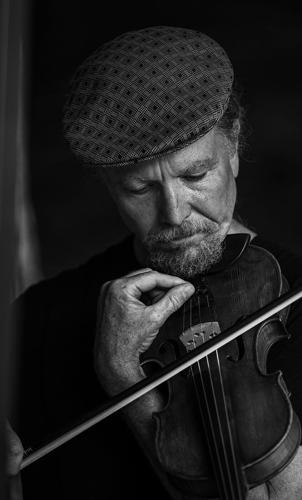 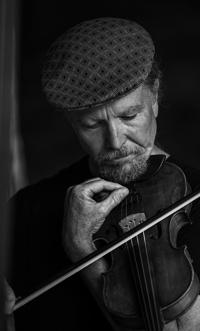 Scott Miller tunes Saturday, July 10, 2021, before performing with the Ashland-based Chatteroi at the Elliott County Fiddlers Convention in Sandy Hook, Ky. Chatteroi is one of the American Native names for The BIg Sandy River. Photo by John Flavell 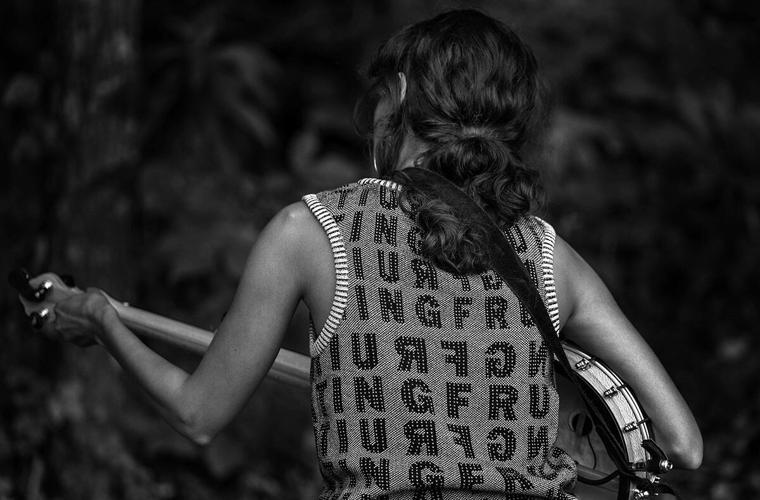 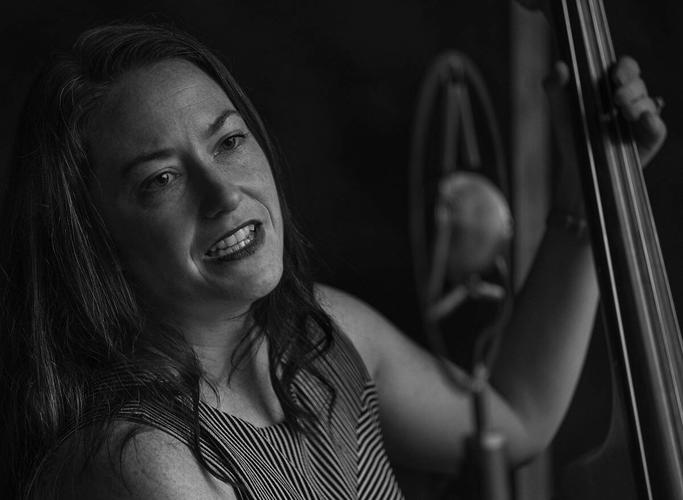 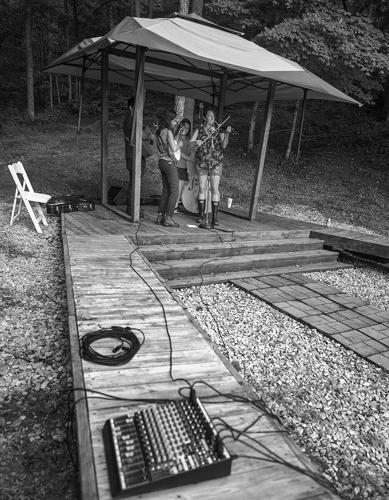 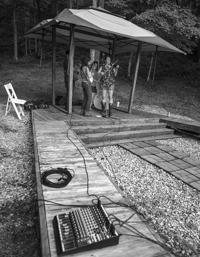 Scott Miller tunes Saturday, July 10, 2021, before performing with the Ashland-based Chatteroi at the Elliott County Fiddlers Convention in Sandy Hook, Ky. Chatteroi is one of the American Native names for The BIg Sandy River. Photo by John Flavell

Despite losing a year to the COVID-19 pandemic, the convention was back in full swing over the weekend with both local and distant talent. Bradford Harris attended the convention for the first time to share his work after beginning a career in banjo making a year and a half ago.

“I found it really cool to talk about people in our area who were doing this super specific work like mountain banjos. I like the attitude behind mountain banjo builders, too because they always say ‘If it plays, it plays,’” said Harris, a 20-year-old Harlan native.

Harris makes his banjos out of a variety of materials including wood, gourds and cookie tins, following the history of banjo making. He said one of the most important parts of old time music is remembering its history and the banjo’s role in slavery.

“Around the mid-1700s when slavery was still an act and people were coming over from Africa through the slave trade, that’s how these banjos were built. They came from the instrument the akonting from Africa, so slaves brought it over,” said Harris. “It’s cool to have these conversations like how race has influenced the musical history behind this and how there’s not a lot of knowledge about the banjo’s history.”

Two luthiers who went to the convention to show and sell their work, Lucian Parker and Tom Case, said learning to play the fiddle for old time music is tedious work that takes years to learn.

“Me with my wife, I’d end up in the bathroom with the door closed playing, because when you first start playing, it sounds terrible,” said Parker. “You can improve over the years, but you have to be able to withstand criticism and being frustrated that you can’t play at the same speed as other people do.”

Case agreed, saying that old time music can be a lifelong hobby for anyone who is interested.

“It’s a process. It’s sort of like a foreign language, I think. You’re never going to get it perfect, but you can work on it for the rest of your life,” said Case

Sorry, there are no recent results for popular articles.