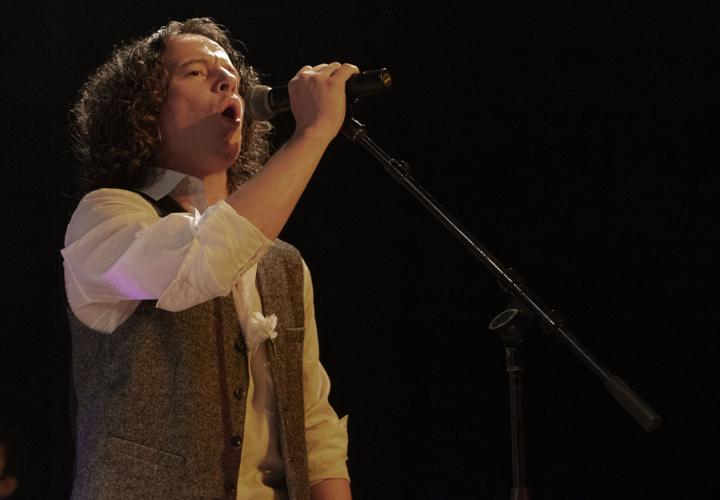 During the "Back to the Garden: A Woodstock Tribute" concert, Elijah Miller performed at the Morehead Conference center in Morehead, Ky on Tuesday October 29, 2019. Photo by Randi Morgan Vanover / The Trail Blazer. 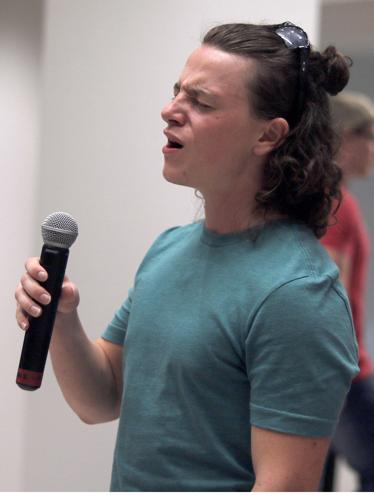 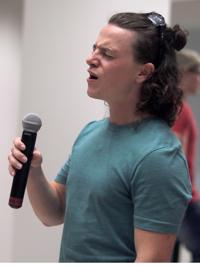 During the "Back to the Garden: A Woodstock Tribute" concert, Elijah Miller performed at the Morehead Conference center in Morehead, Ky on Tuesday October 29, 2019. Photo by Randi Morgan Vanover / The Trail Blazer.

Among playing guitar and fiddle, singing and owning his own taxidermy studio, this Morehead State University student writes his own original music just for social media.

Freshman Elijah Boone started playing the fiddle when he was 6-years-old and eventually learned guitar from his father who teaches music. Later on, his father encouraged him to write his own music which he started a little over two years ago.

“One of my biggest dreams I guess would be to play in front of people where everyone knows the words to my song and sings along," he said.

On his social media where he posts original songs, covers of other artists’ work, and videos of him playing guitar, he gets up to almost 2,000 views on some videos. Music is his passion and performing is his dream; but that's not his only interest.

“One of my neighbors back home does taxidermy,” he said. “And I convinced him to teach me how to do it and I brought up my own business through it a little bit. I haven’t been able to do it much though because I’ve been playing so much music lately.”

His taxidermy studio is called “Live Action Taxidermy” in Cattlettsburg, Ky. He began leaning taxidermy when he was in about seventh-grade, but he became interested in it from his father skinning deer when he was young.

“I’ve lived in Tennessee and Alabama but living in Boyd County,” he said, “I think definitely had a big influence on where I am today in my improvement as a person and a musician.”

Now, as a jazz studies major, Elijah plays in the MSU Commercial Rock Band where he gets to showcase his talent while continuing his music social media account and his overall career as a singer and songwriter.