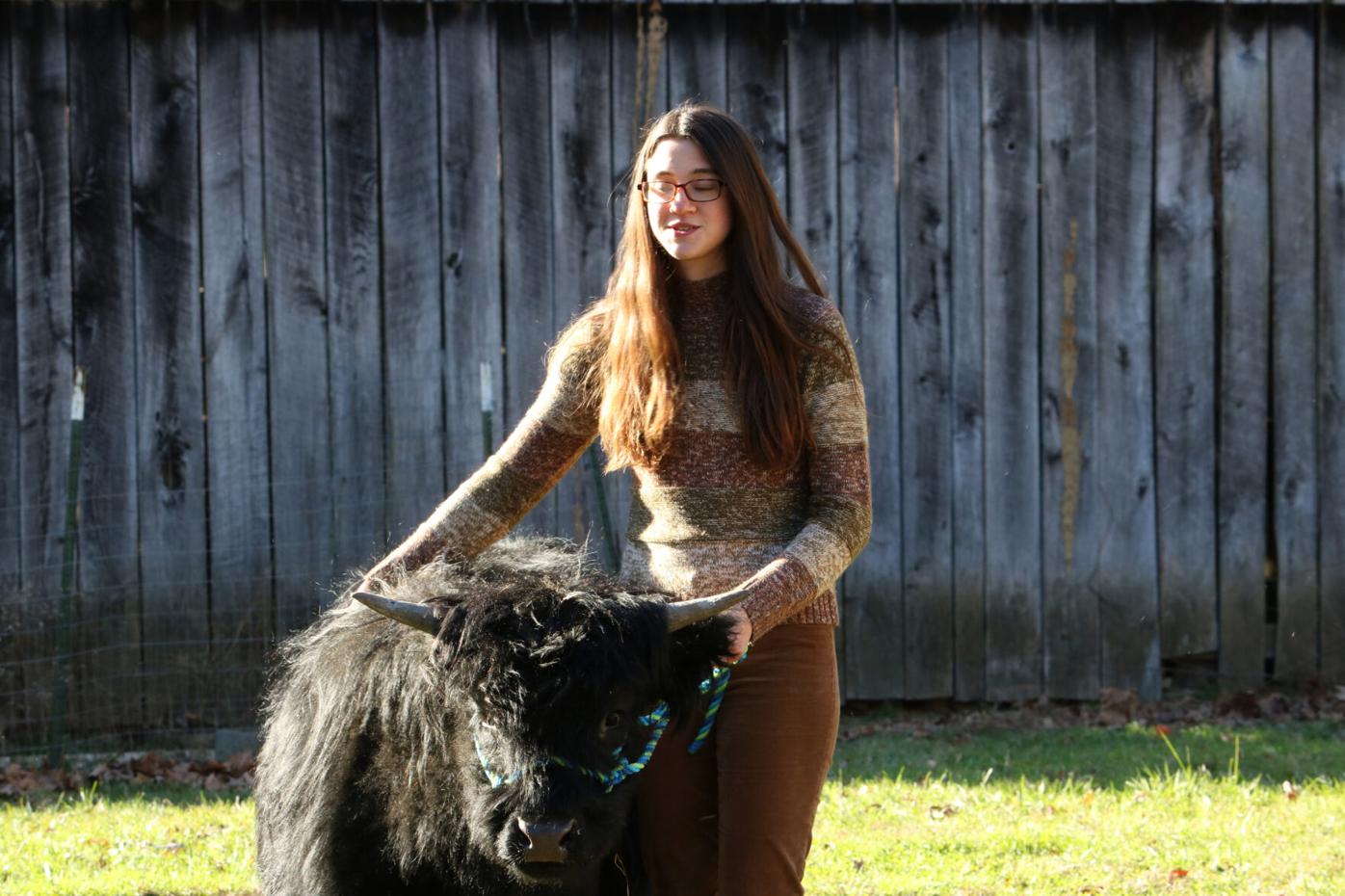 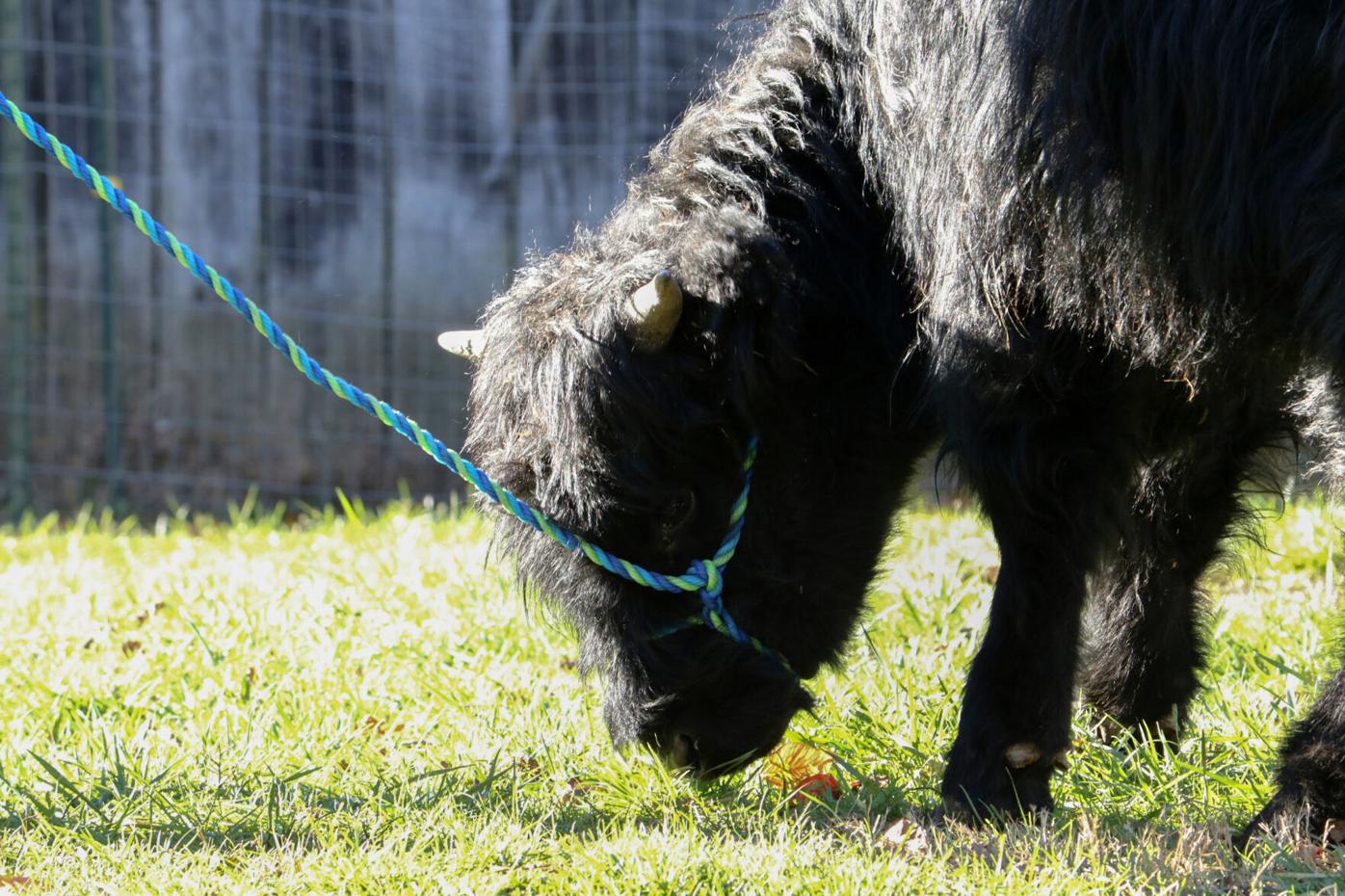 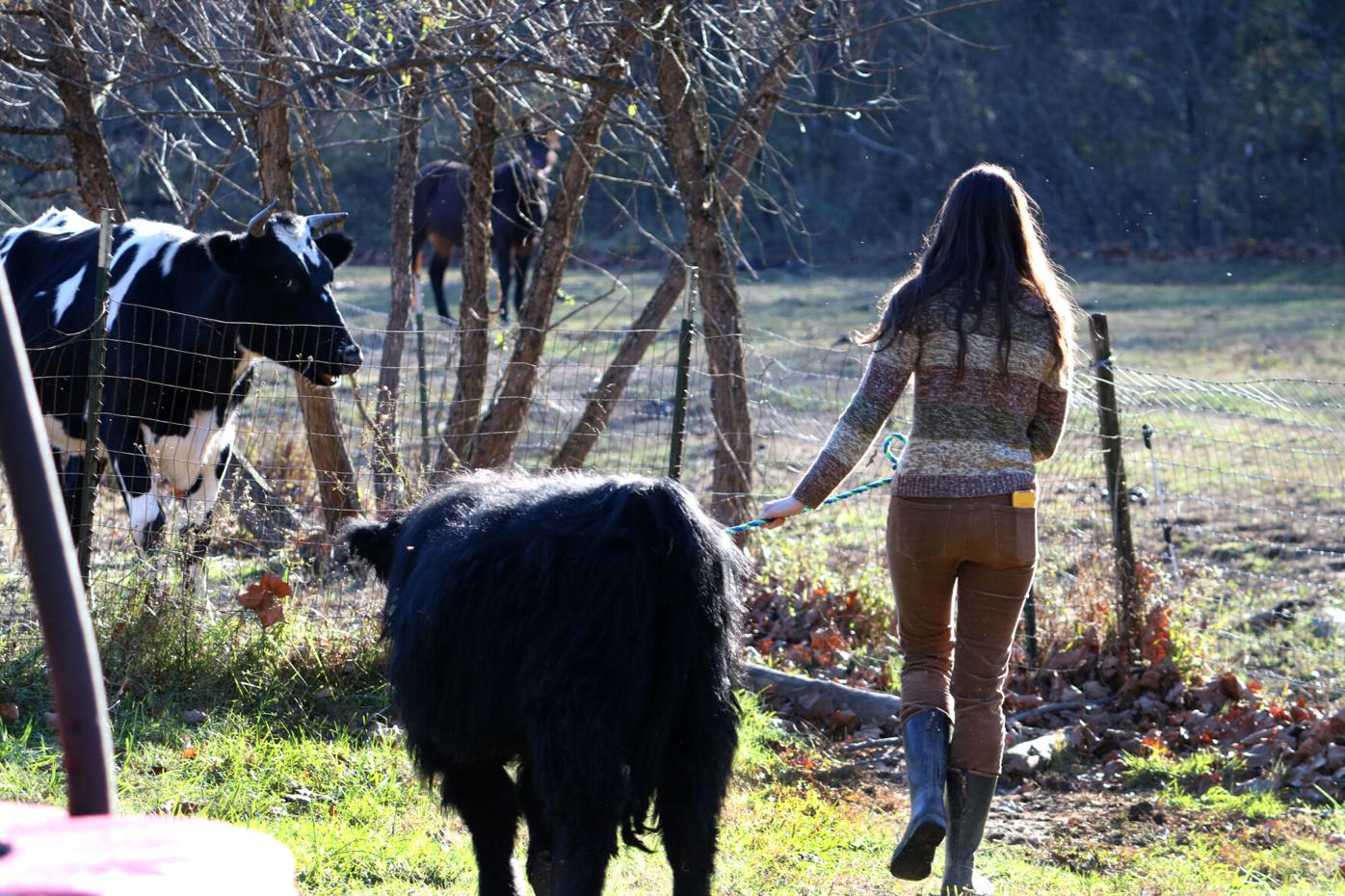 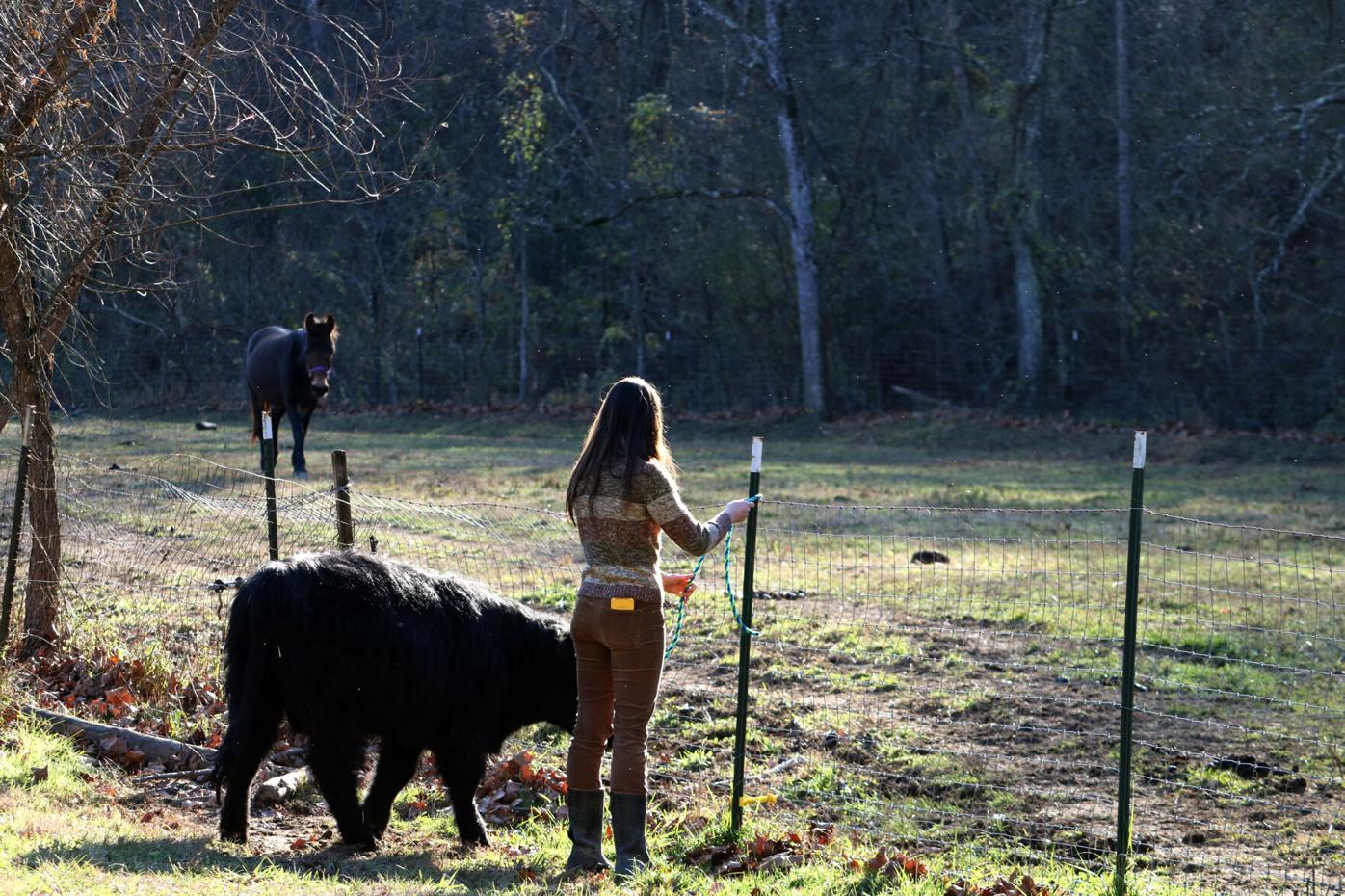 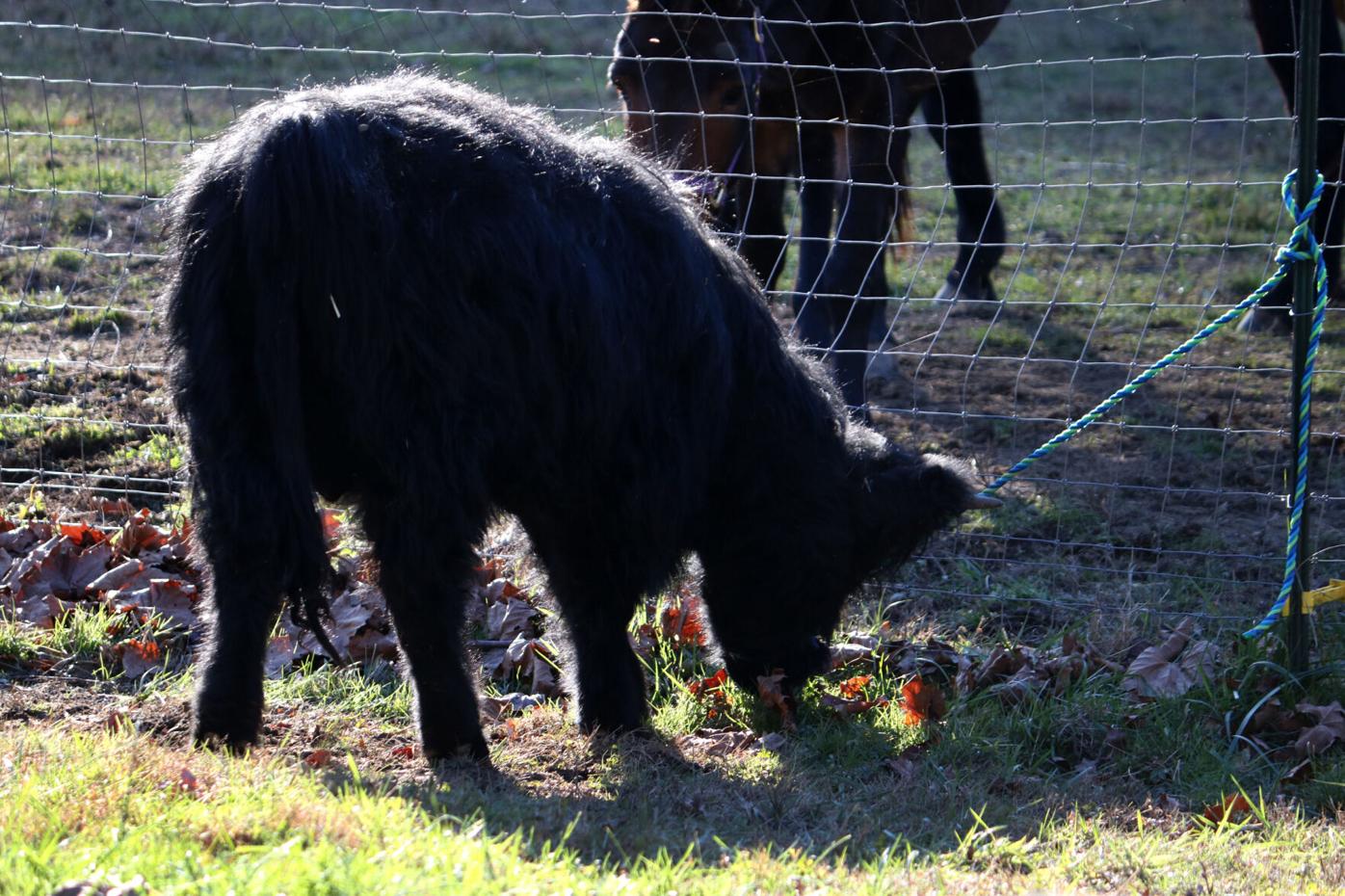 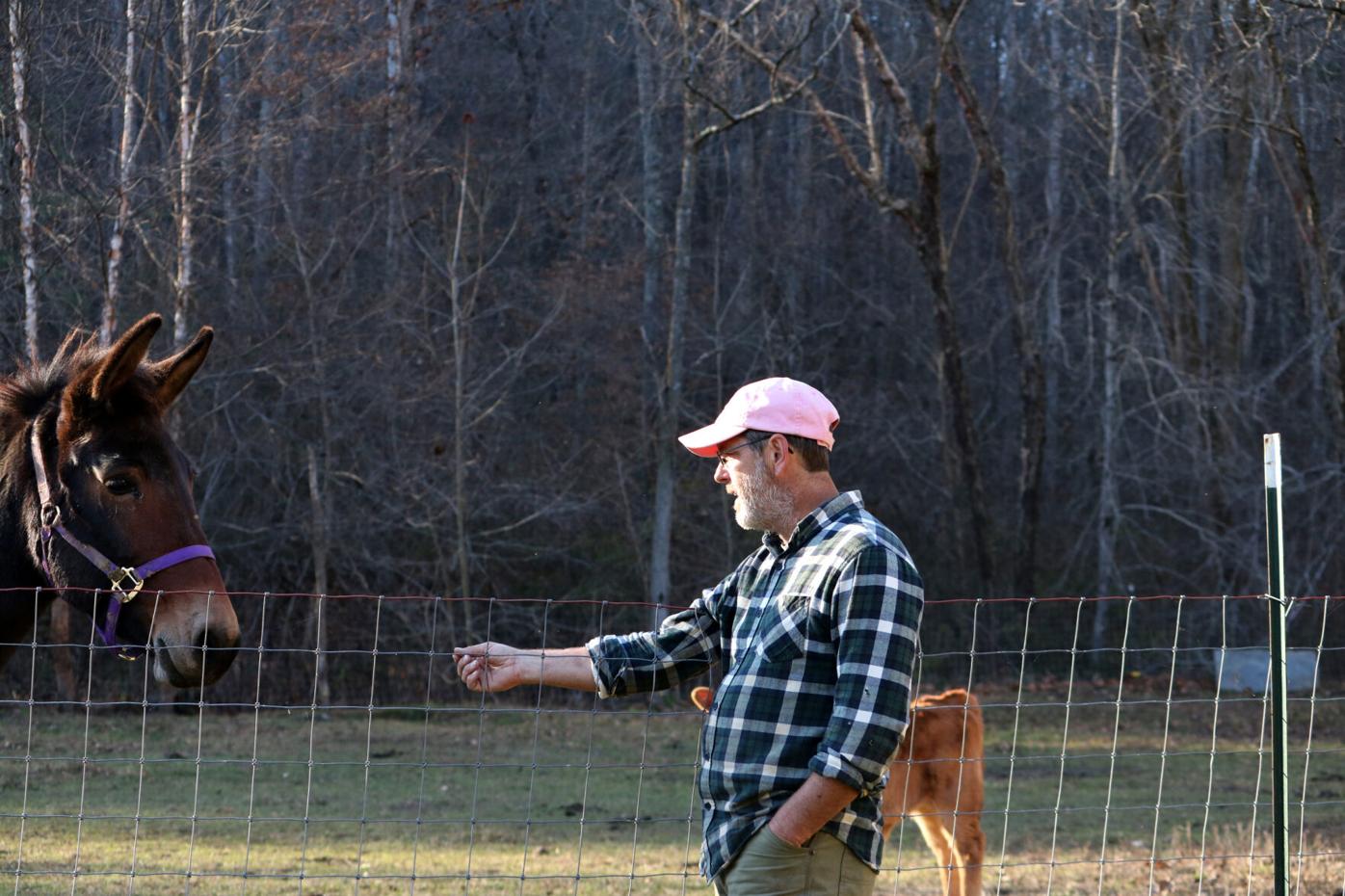 Will Parsons with Bess at Bull Thistle Highlands on Wednesday, November 18, 2020 in Olive Hill, KY. Photo by Daneyl Tackett | The Trail Blazer 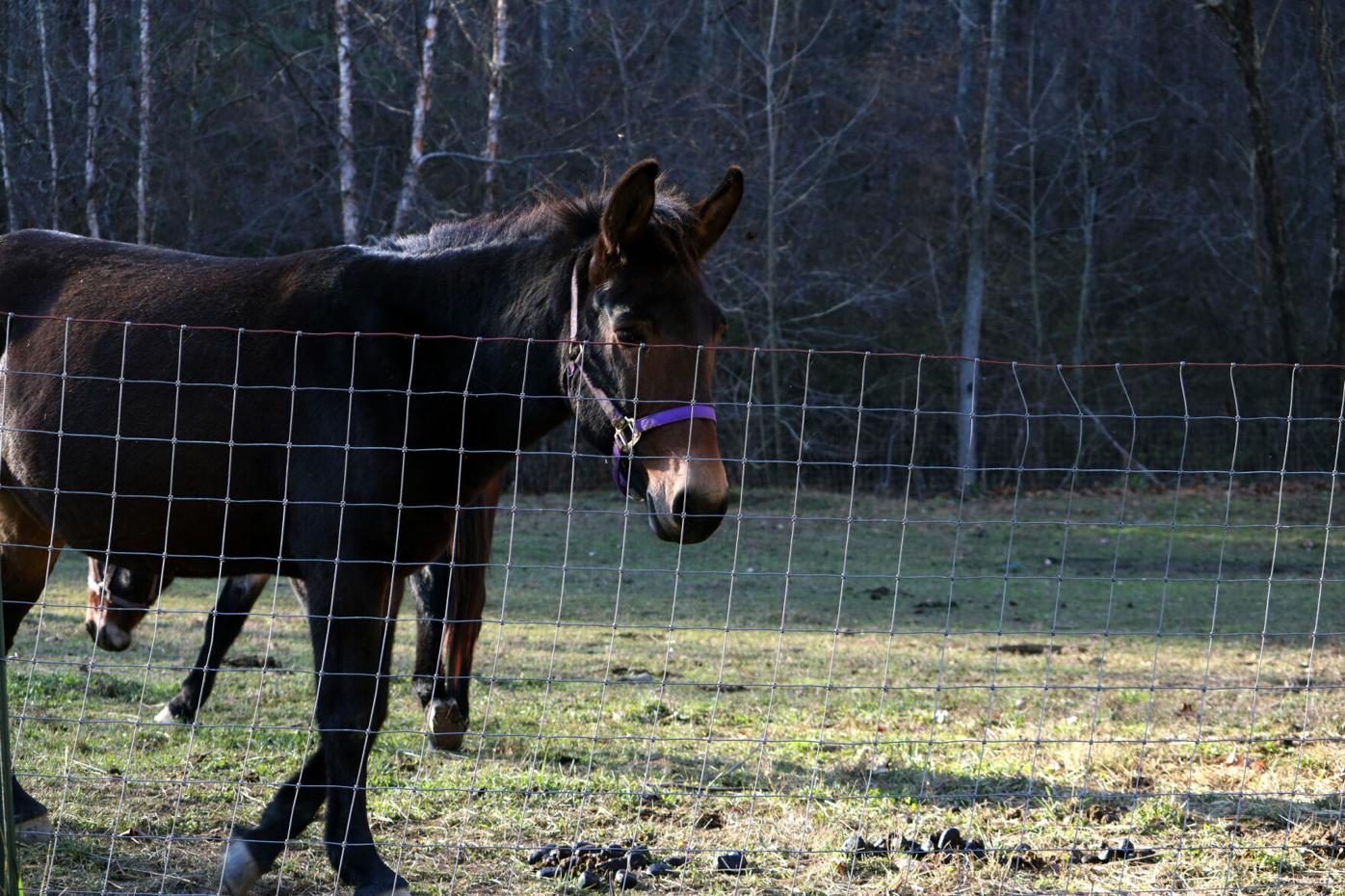 A Carter County native and Morehead State graduate found a love for farming after the pandemic shut down her job as director of the Carter County Library.

Christy Boggs was hired as director the week Kentucky libraries were shut down due to Covid-19 restrictions, and soon after in May she began raising a Highland Calf she named Chip.

“My grandpa was a farmer. He lived in Grahn, and so he had some horses and some cows,” said Boggs. “And then I moved next door to a farm, a full functioning, self-sustainable little farm and decided to get my own bull calf.”

While Chip is the only calf that belongs to Boggs, she aids her neighbors in tending to their farm, which she said has become a small community for them where they work together to achieve the lifestyle they have chosen.

“It’s interesting. I don’t know a lot about cows or raising cows, but my neighbor Will Parsons does, so he’s kind of mentored me on how to take care of him,” she said. “When I first got him, he was really anxious and kicked a lot, so I read to him every single day, and I fed him feed and brushed him out, and he’s just a very gentle bull.”

Boggs combined her interests in literature and farming by using reading as a way to bond with Chip. Books are an important aspect of life in the community, as Parsons also uses ideas from an author from Henry County to live using subsistence farming.

“Subsistence farming is an alternative to the modern, industrialized machine lifestyle that almost all of us live,” said Parsons. “It’s a way of life that’s espoused by well-known writer and environmentalist Wendell Berry. A lot of our ideas come directly from him, but not all of them.”

Starting to raise cattle at the beginning of the pandemic was not the easiest time for Boggs, but Parsons said it’s taken away a lot of distractions.

“Covid’s been often cruel to us, and kind of kind to us too,” said Parsons, a musician and luthier. “What Covid has done is removed a lot of distractions, which makes focusing on this lifestyle a little easier, and Christy has a lot to juggle, but she’s great at doing it. That’s why she’s the one doing it.”