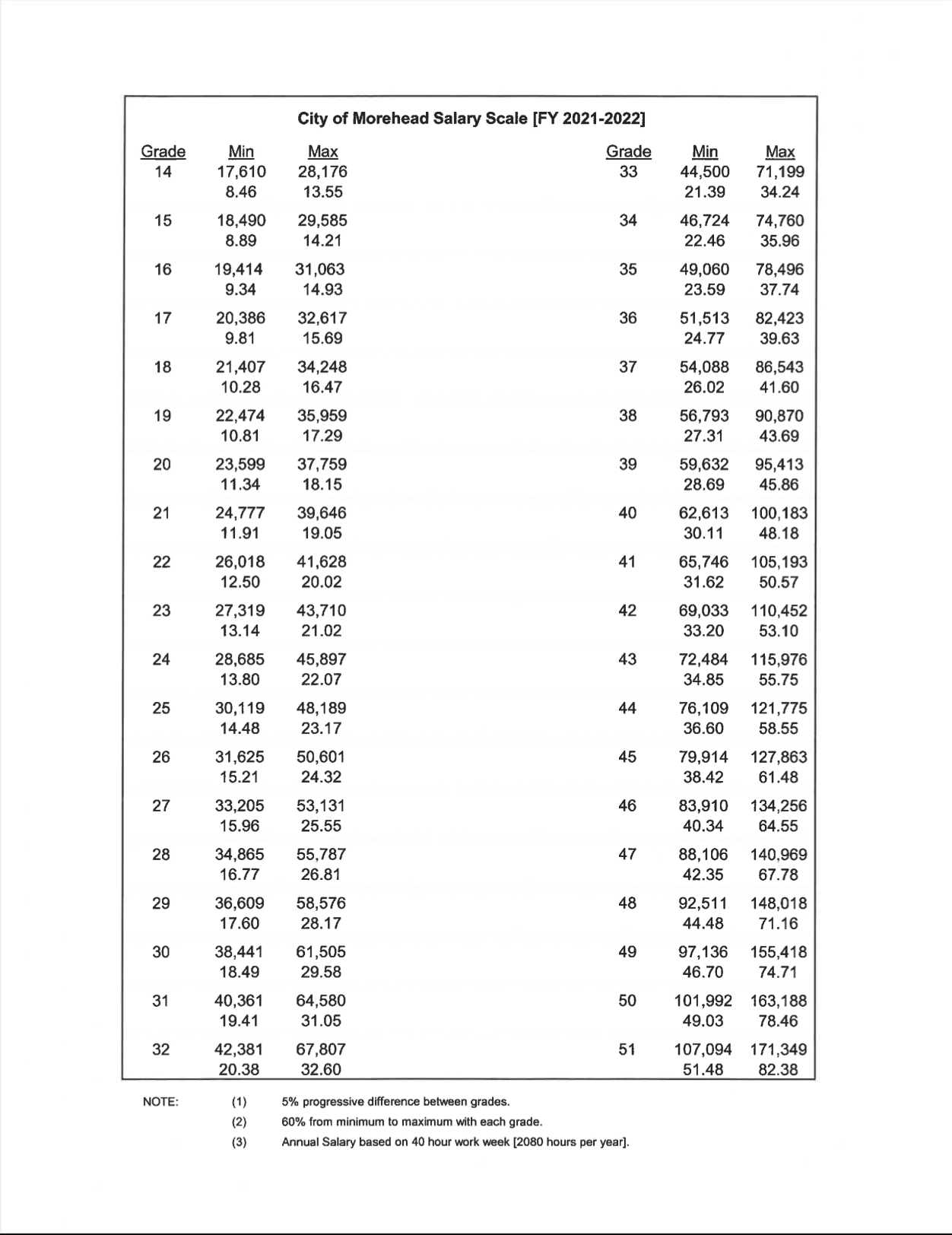 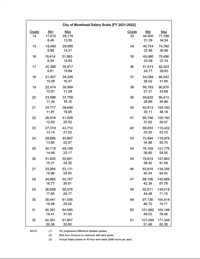 A screenshot of the City of Morehead Salary Scale

A screenshot of the City of Morehead logo.

A screenshot of the City of Morehead Salary Scale

A screenshot of the City of Morehead logo.

The Arts and Eats Festival may be postponed again because of COVID-19.

Downtown Morehead Inc. announced they are planning to have a meeting soon to discuss whether the 2021 Arts and Eats Festival will occur this September. It was also announced at the March city council meeting that the fate of Hometown Holiday and Oktoberfest are unknown.

“Ultimately I don’t think it’ll be up to us. It’ll be up to how the virus is going,” said Tony Pence, executive director of Downtown Morehead Inc. “Hopefully we’ll have a string of good luck with all that and people will get vaccinated, and we’ll be able to do that again.”

Additionally, the city council unanimously voted to approve a municipal order to extend the temporary closure of Battson-Oates for dining purposes until June 30, 2021.

They do not plan to vote on an item to close the street in the longer term until they have heard back about the approval of their Alcoholic Beverage License, which could change what is allowed in that area.

Ordinances are rules or laws  established by an authority. Resolutions are a formal expression of the opinion or will of an official body, such as City Council, that is adopted by a vote. Municipal orders are rules adopted by a municipal corporation for the proper conduct of its affairs or the government of its inhabitants.

The approved items are below: