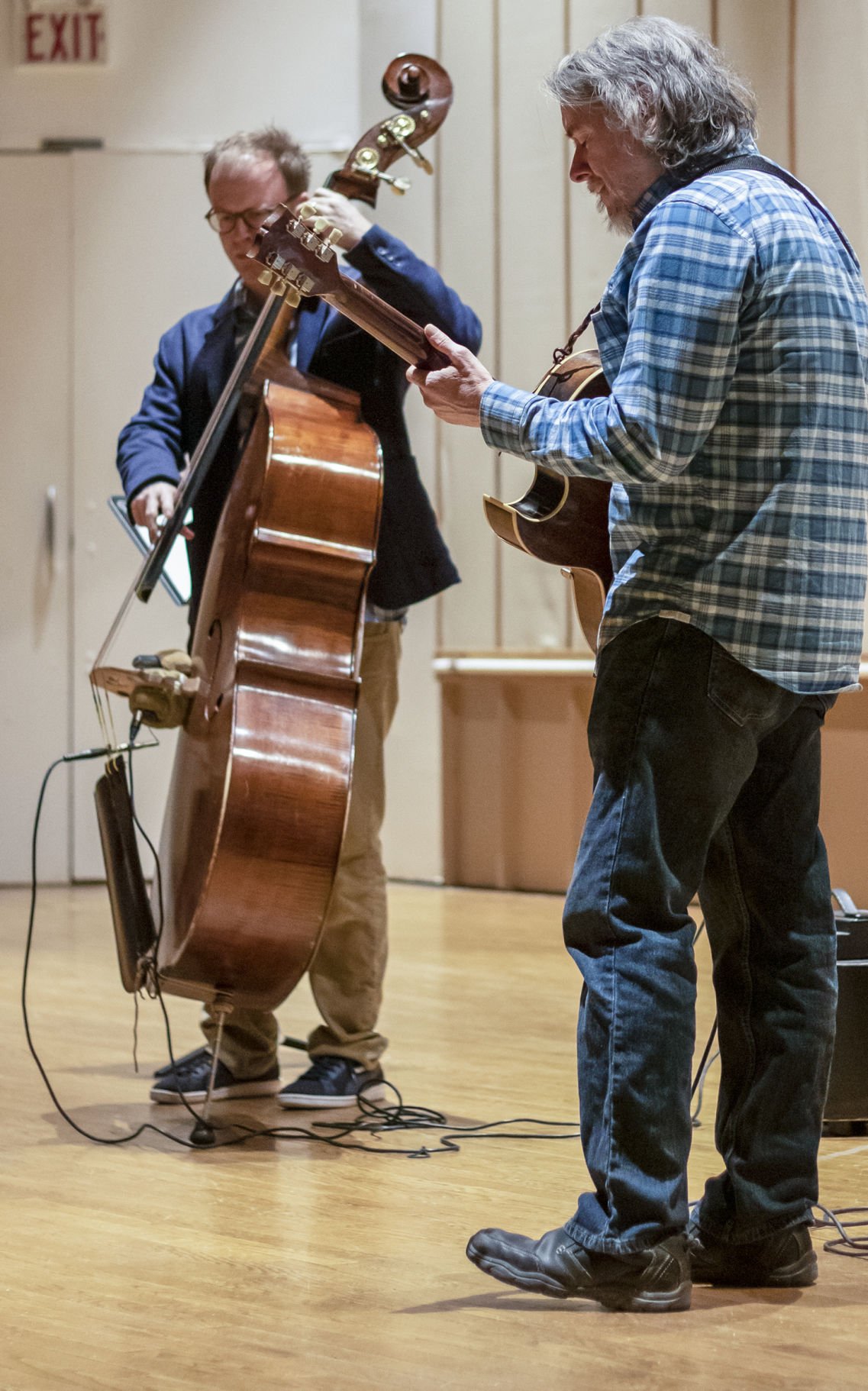 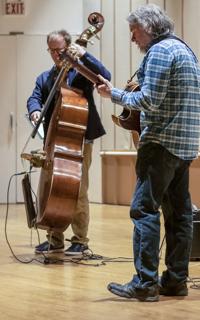 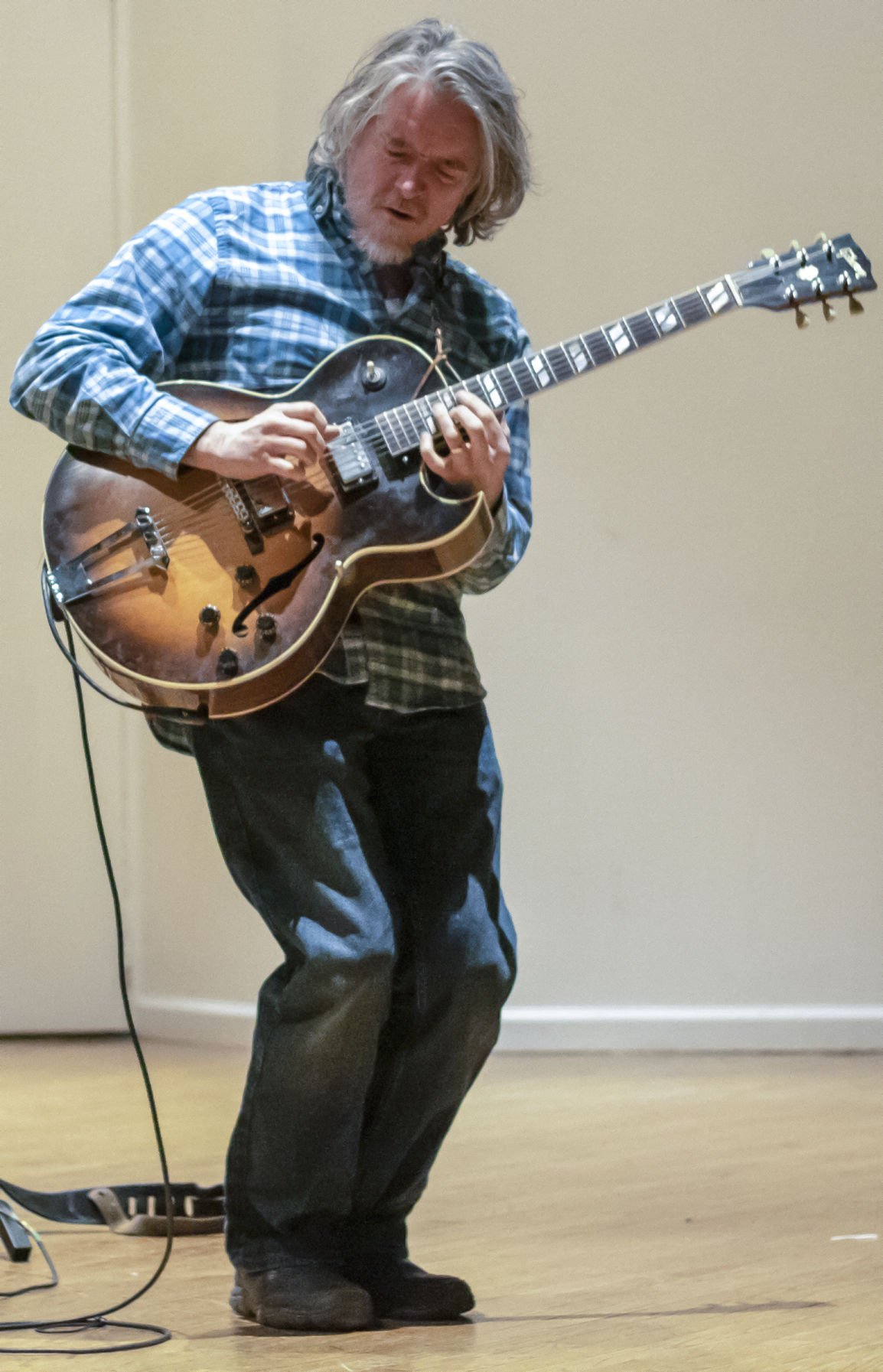 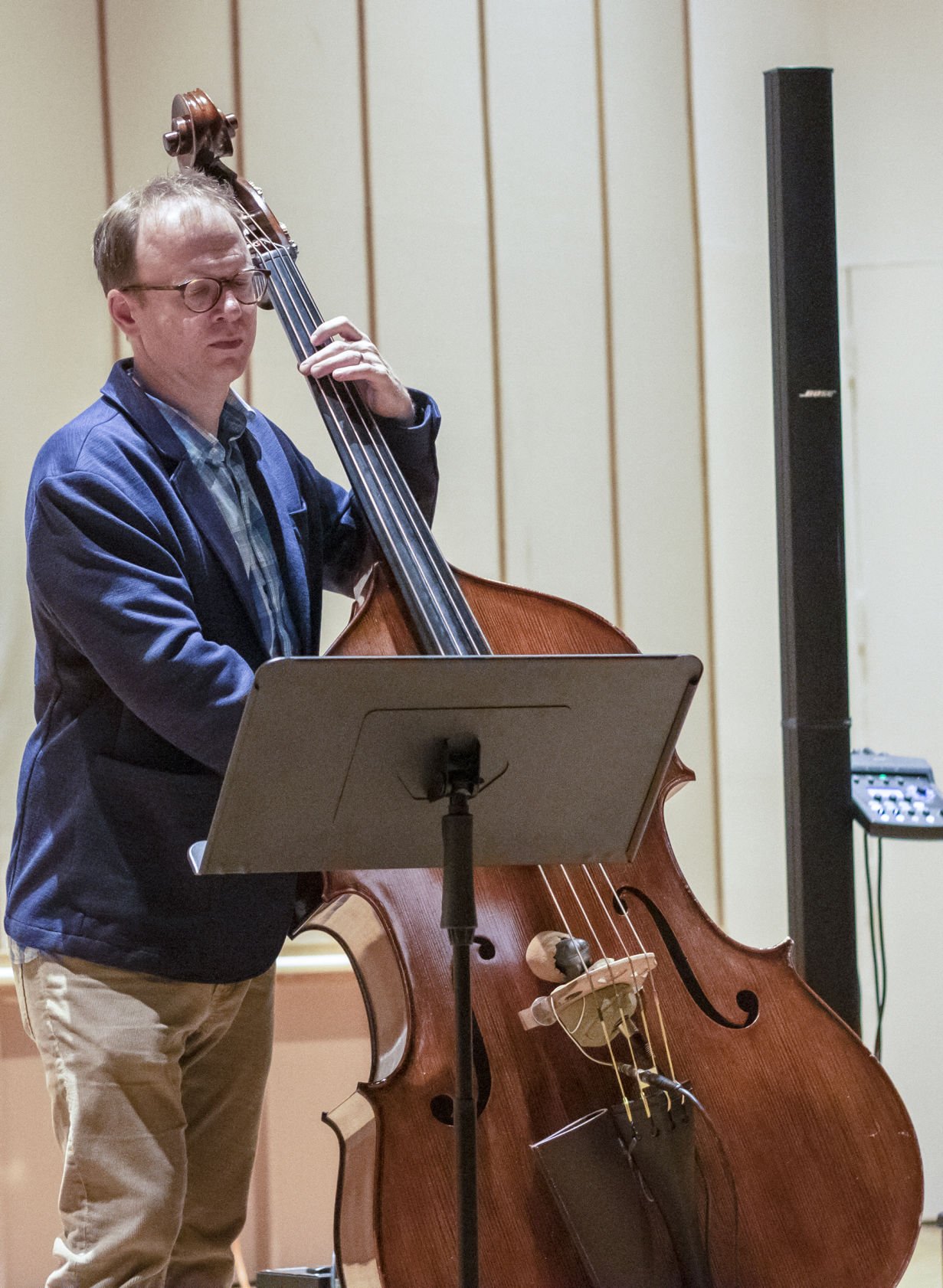 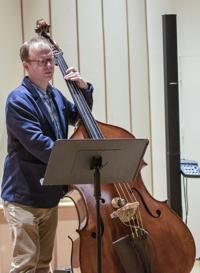 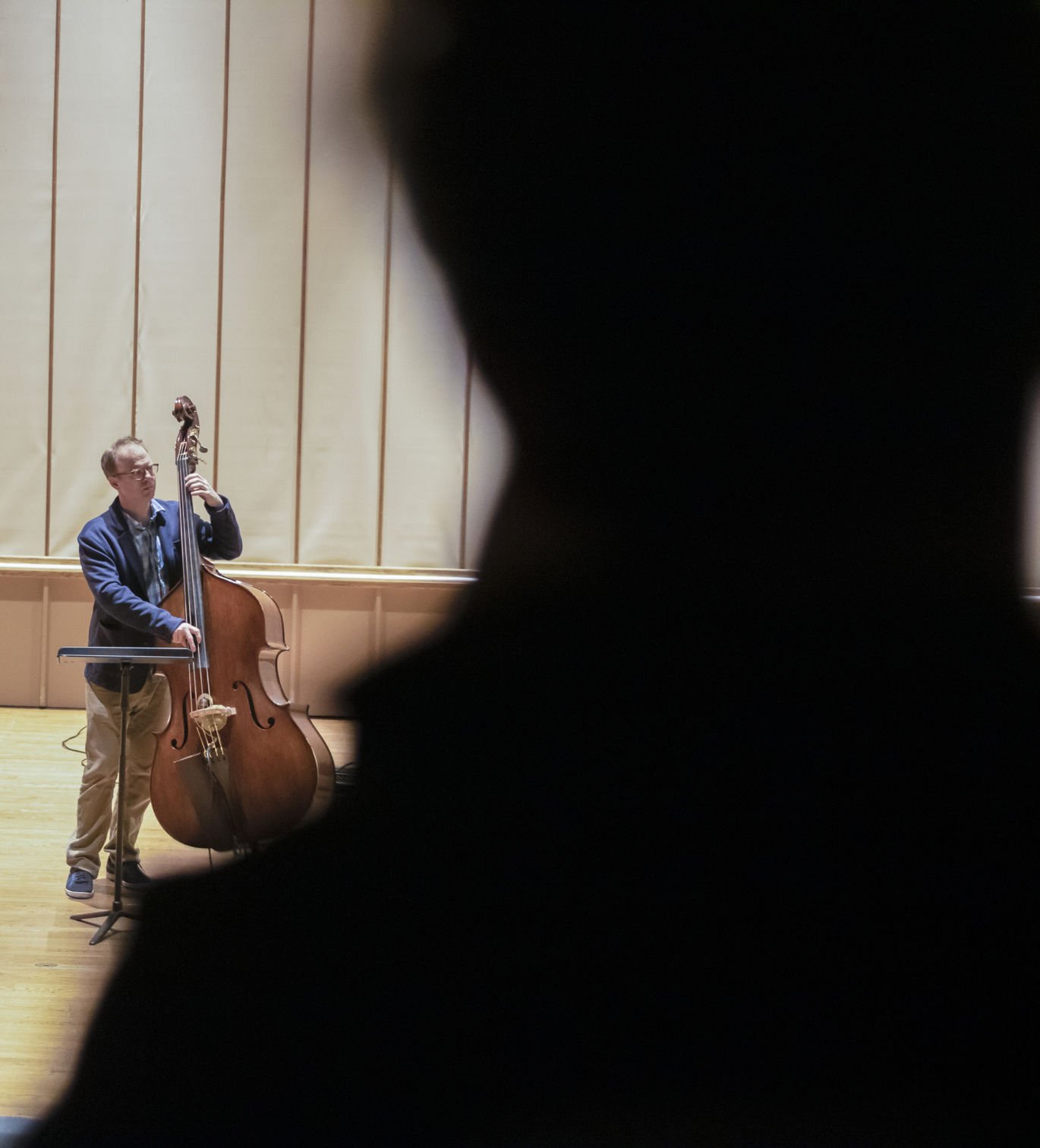 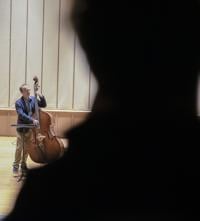 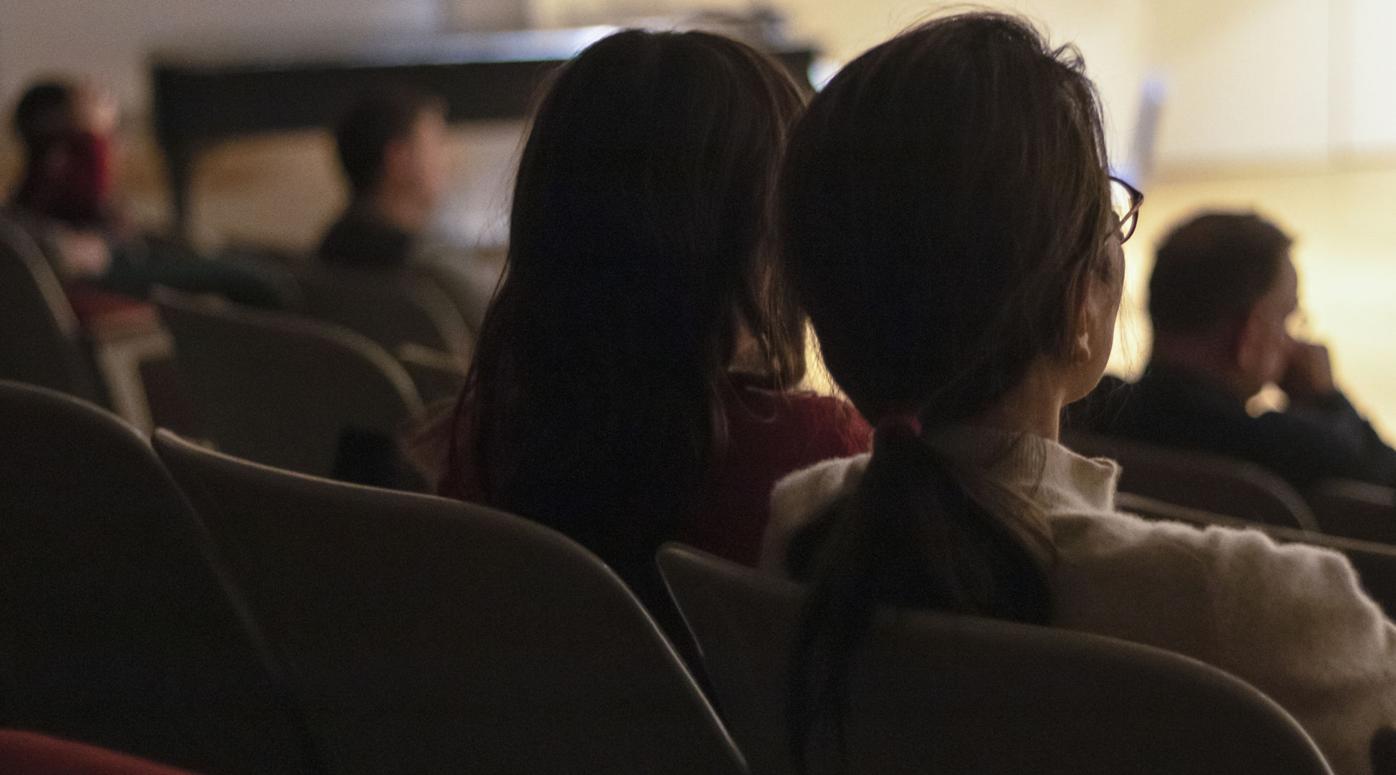 The the audience enjoyed the Jazz Faculty Duo's performance on Tuesday, January 29, 2019 in Morehead, Ky. Photo by Makayla Holder

The the audience enjoyed the Jazz Faculty Duo's performance on Tuesday, January 29, 2019 in Morehead, Ky. Photo by Makayla Holder

Jazz musicians joined forces for a public performance of the Jazz Faculty Duo, which displayed their musical roots.

Glenn Ginn, Associate Professor of Music and Director of the Commercial Music Program, and Ryan McGillicuddy, Visiting Assistant Professor of Jazz Studies, together are the Jazz Faculty Duo.

Glenn Ginn grew up in New Richmond, Ohio, and is primarily a guitarist. Ginn’s early interest in music spurred from his older siblings’ music collection.

“I used to sit for hours in front of our family’s stereo just listening to music,” said Ginn. “Even though I didn’t realize it, that was a pretty good sign that I was destined to be a musician.”

His inspirations have grown over the years to encompass a broad range of genres.

“I’m inspired by other musicians, other artists, on a daily basis,” said Ginn.

Jazz, however, has special place in Ginn’s heart.

“I went on from falling in love with the guitar to Jazz,” said Ginn. “The great thing about playing Jazz is that it’s a style of music that allows you to bring all of your influences.”

Ryan McGillicuddy is from Houlton, Maine, and was born into a musical family. He got his start in the fifth-grade when his father, a high school band director, had him start playing bass.

The rest is history to McGillicuddy.

“I wanted to get deeper into the knowledge of music and deeper into how I could express myself with my instrument,” said McGillicuddy. “I found Jazz to be the perfect outlet for it.”

Neither musician is part of a singular group but rather multiple.

“The idiom of Jazz provides for many different group playing opportunities because we speak a common language,” said McGillicuddy. “Often we’re playing with many different people, but the vocabulary is the same.”

The performance was a part of the second Morehead State University faculty performance on Tuesday Jan. 29.

“Music is as much a part of being human as eating, sleeping, breathing, and falling in love,” said Ginn, when asked why music is important. “It’s just a part of our humanity.”