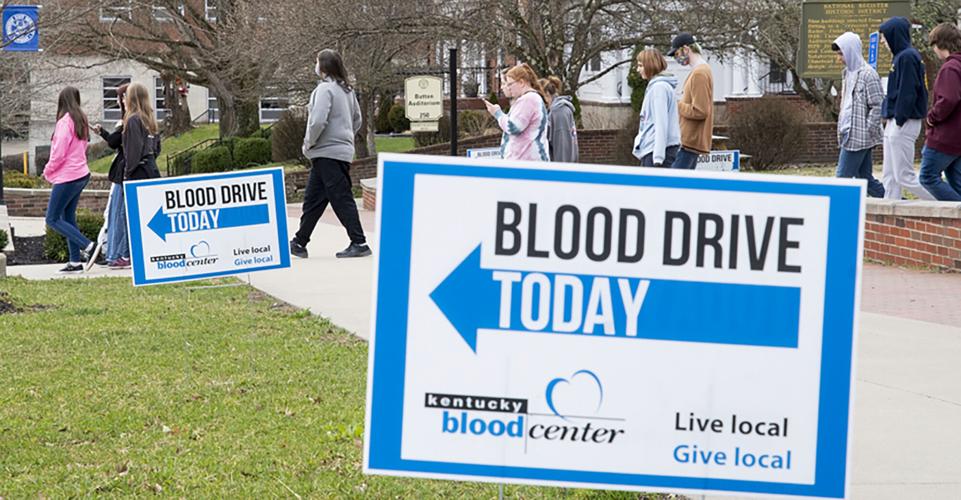 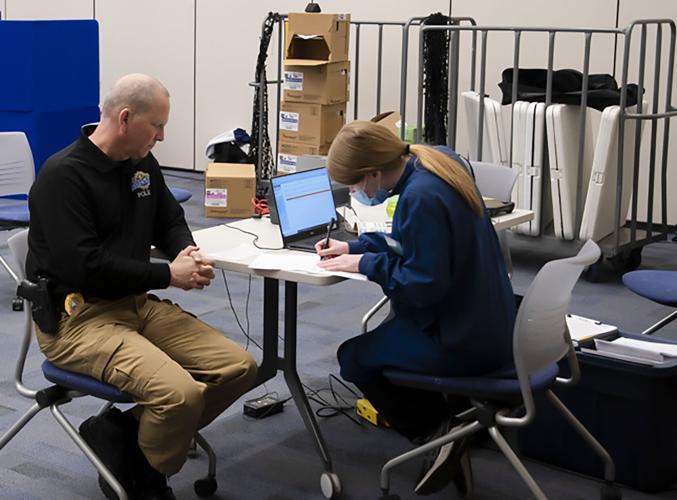 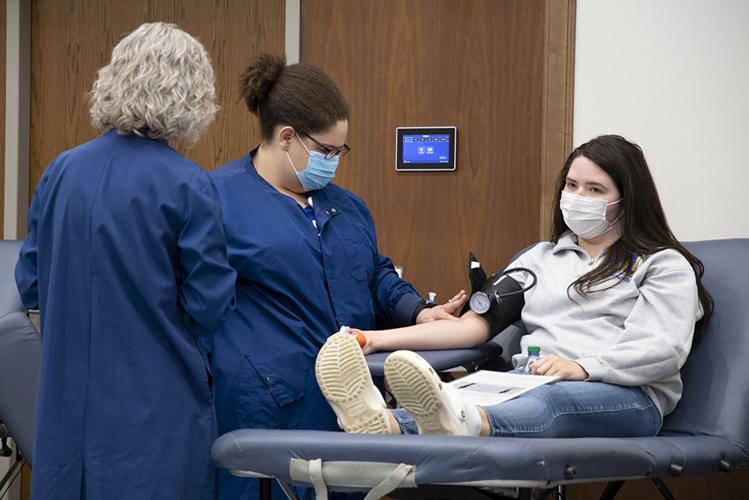 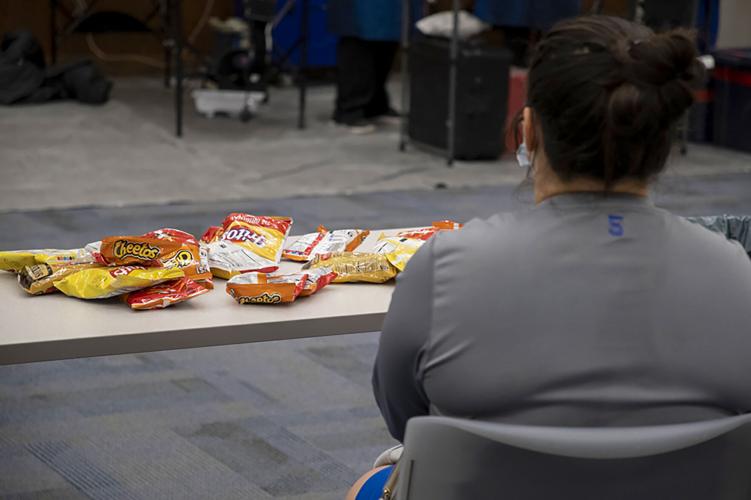 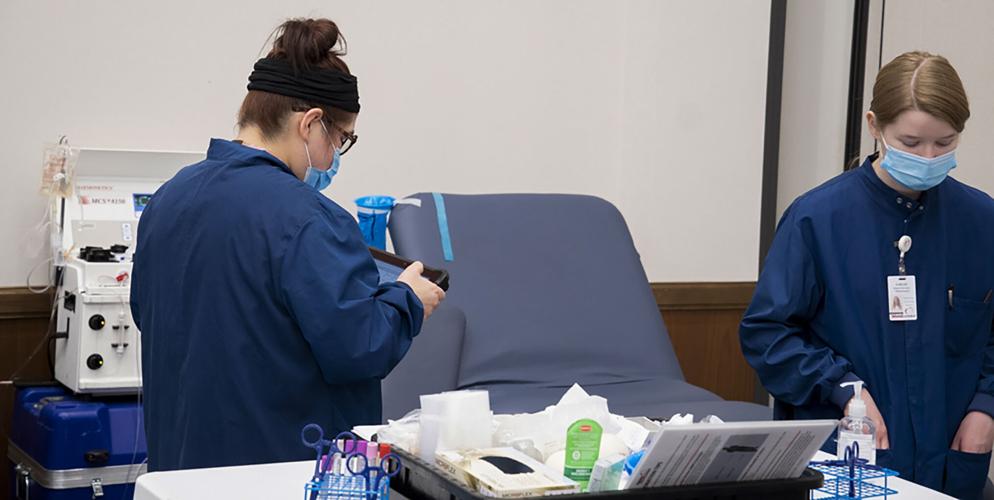 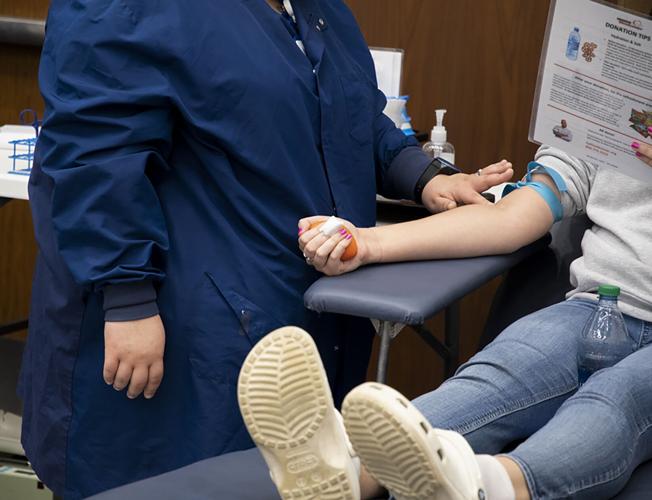 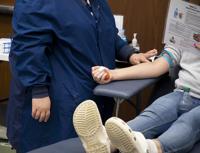 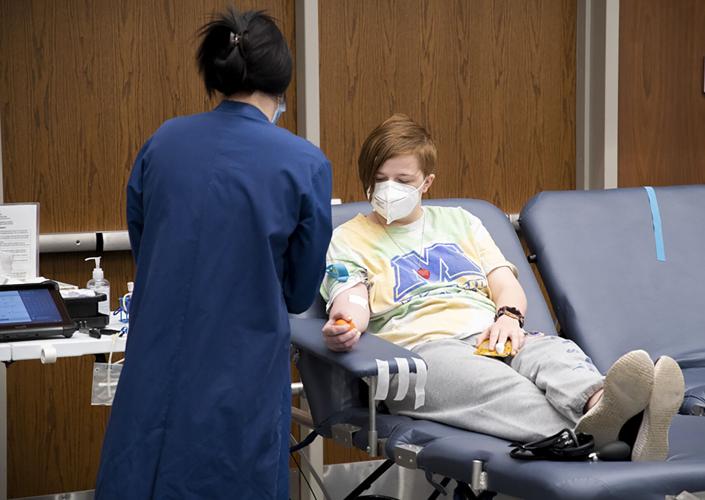 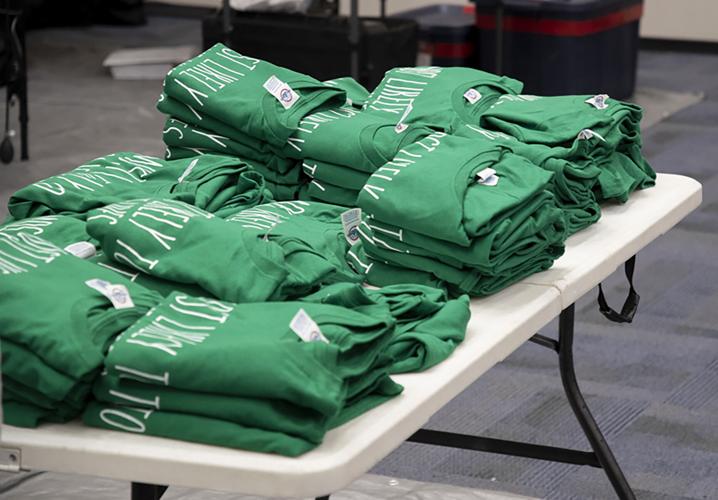 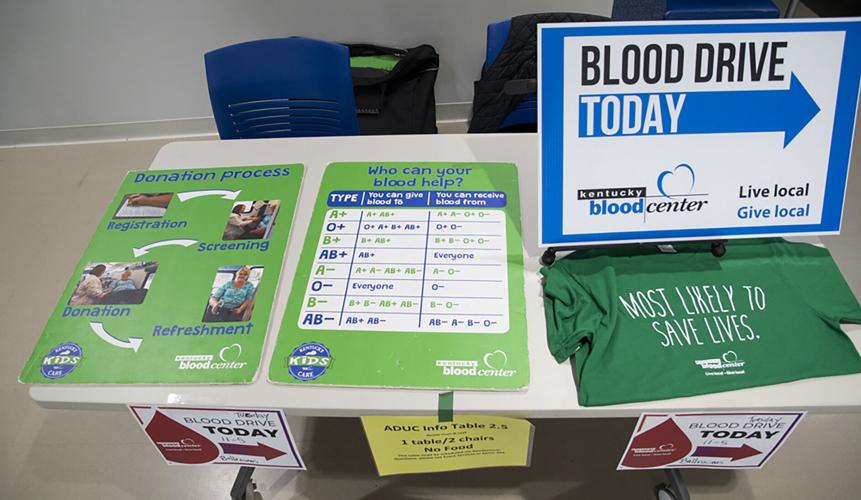 Students and faculty gave a little piece of themselves to save others.

The Kentucky Blood Center ran a blood drive March 7 and 8 to give people the opportunity to donate their blood and time to benefit those in need across the state.

“We service over 70 hospitals in Kentucky from the Eastern side of Kentucky in Pikeville all the way over to Paducah,” said Shera Moulton, the blood center’s recruiter. “All the blood that Saint Claire uses comes from the Kentucky Blood Center.”

A common issue that people face is the difficulty to understand the value of donating while sitting in the chair with a needle in their arm. But the recruiters stressed that it only takes one donor to make all the difference.

“I don’t think people realize that a simple donation can save up to three people’s lives,” said Dixie Woods, a phlebotomist at the blood drive.

Blood drives are a repeated occurrence for some donors.

“I try to give blood every chance I can,” said Merrell Harrison, Morehead State’s chief of police. “I think it’s important, if you’re healthy and able, to donate for people who may need it.”

According to Jeff Rohrback, a medical team supervisor for the Kentucky Blood Center, most people who give blood surpass the typical college student age. However, blood drives are beginning to push young adults into the habit of donation.

“We’re trying to start coming to colleges and high schools to start a new generation of donors, which is very important because there is always going to be a need for blood,” said Rohrback.

Even though the number of donations has dropped significantly than before COVID-19, there are still multiple students who return to drives to donate.

“I donated freshman year and I thought it was really important with the blood shortage that I’ve heard is going on,” said Kiya Ezell, a sophomore convergent media major.

Donors will also obtain an account within a week of their donation that details the elements that their blood was tested for included their blood type.