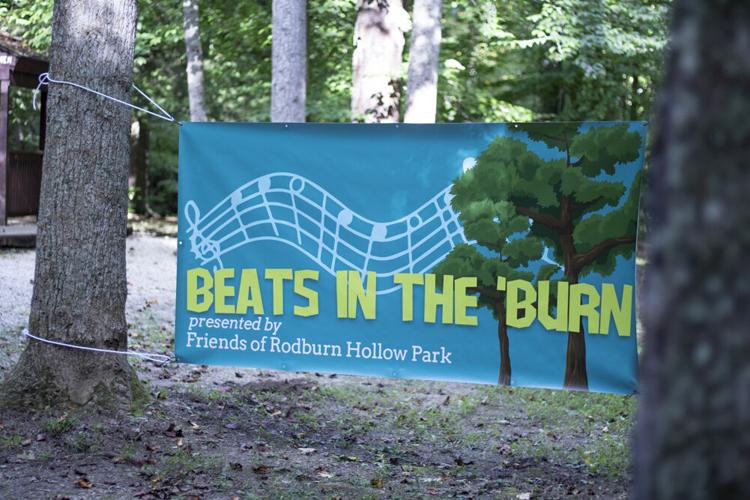 Rodburn Park will set the stage for 13 musical acts.

“Beats in the Burn” is a new six-week-long concert series hosted by The Friends of Rodburn Hollow Park, an organization dedicated to promoting and preserving the beauty of Morehead’s local park. The concert series will host a variety of performers from all genres including roots, americana and rock music.

“I’m always at the park, and I thought it would be the perfect location for a music stand or band shell so I proposed the idea, and we figured we would try it out and see what the response would be,” said Ann Colbert, a Friend of Rodburn Hollow Park member. “We want to give people a taste of what it could be like to have a weekend music festival or a place we could host events in the summer.”

Colbert organized “Beats in the Burn” alongside fellow Friend of Rodburn Hollow Park member Luann Parkansky. The pair called upon old friends, local artists and Morehead State University students to share their love of music as well as spread awareness about a local park.

“I feel like we play all over the state but never our hometown so I’m excited to be a part of something like this,” said Middleton. “Rodburn park is a hidden gem of our community, I would love to see an amphitheater here one day not only for music but for live theatrical performances as well.”

“It’s all about connection,” said audience member Louise Mason. “Attending events like this allows us to build community and meet people with similar interests.”

The concert series opened on September 12 and will host additional performances every Monday at 5:30 p.m. through October 17.

For more information about the concert series or becoming a joining the Friends of Rodburn Hollow Park contact friendsofrodburnpark@gmail.com.