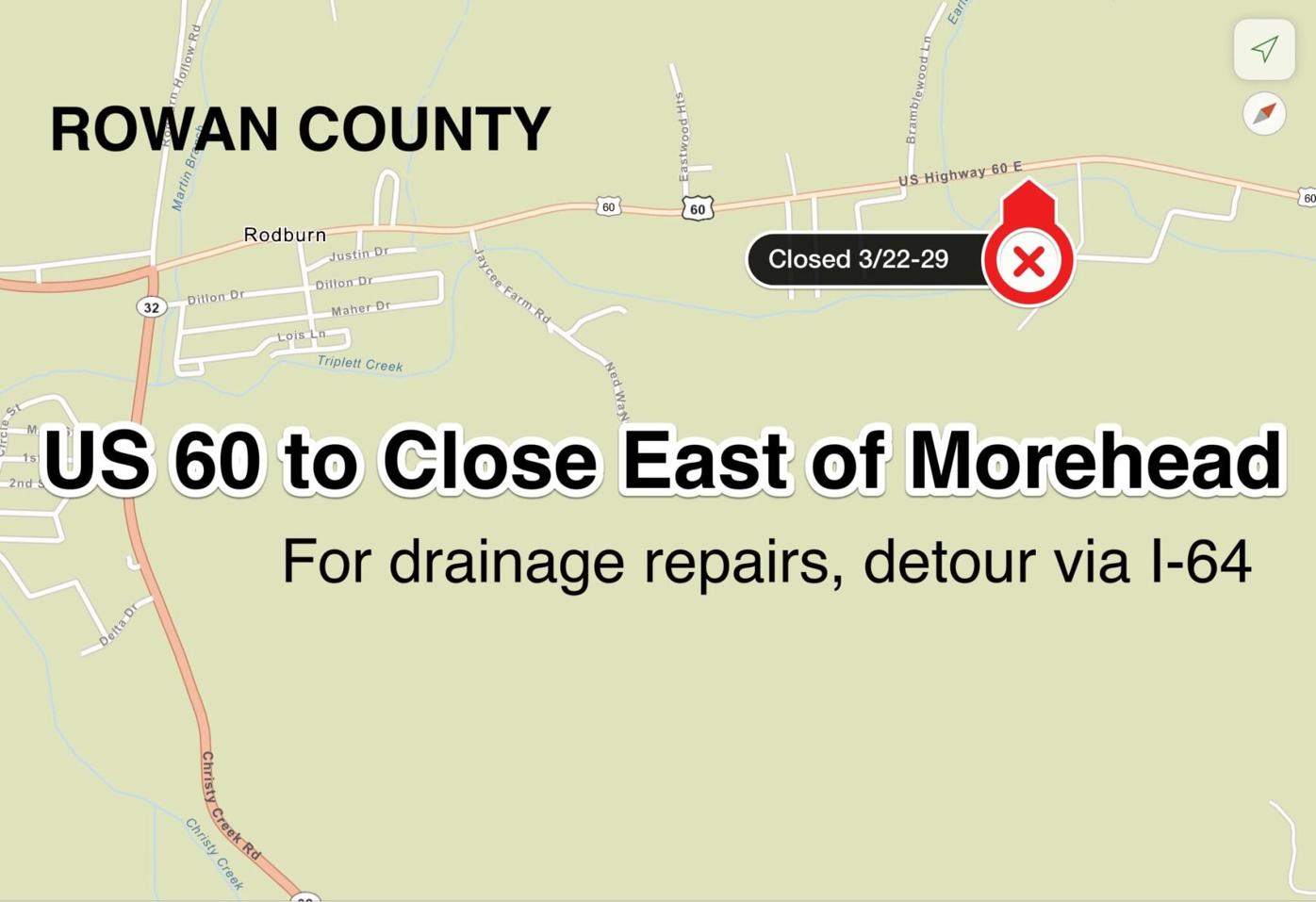 An image from Judge-Executive Harry Clark’s Facebook page showing where the US 60 road closure will be. 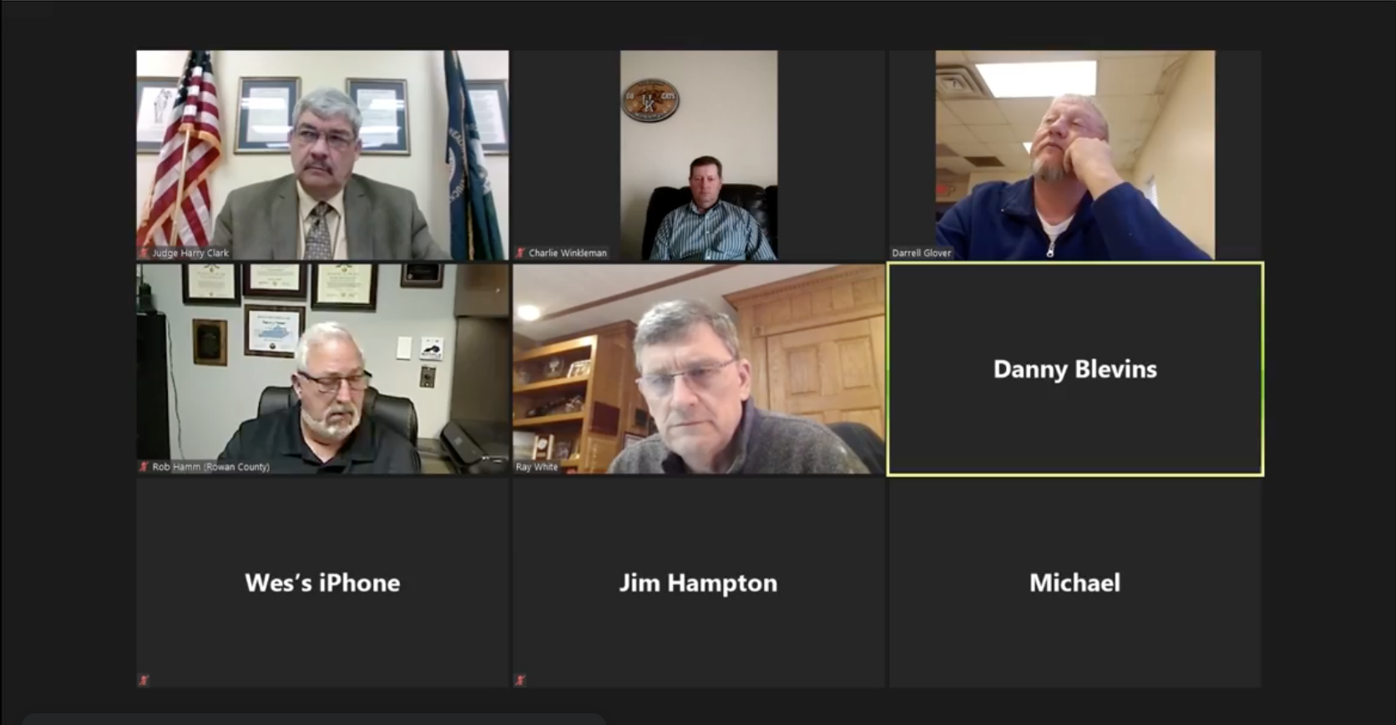 A screenshot of the Rowan County Fiscal Court March Meeting.

An image from Judge-Executive Harry Clark’s Facebook page showing where the US 60 road closure will be.

A screenshot of the Rowan County Fiscal Court March Meeting.

US 60 will be closed east of Morehead for several days for drainage repairs and the county has implemented plans for emergencies.

The Rowan County Fiscal Court announced the stationing an ambulance east of the cut as a supervising position to ensure that emergency aid can be administered in a timely fashion when necessary, when US 60 is closed from March 22 until March 29.

The Kentucky Transportation Cabinet (KYTC) will shut down 1.5 miles of US 60 east of Christy Creek to replace drainage underneath the road and no traffic will be permitted through the construction site and all vehicles must detour using I-64 between Morehead and Olive Hill.

There have been 2,073 total Covid cases in the last year, 2,003 have recovered and nine deaths. Rowan County has 61 active cases, with two new cases on Monday. The seven day rolling total is now 28, placing Rowan County in the orange.

Ten thousand vaccinations have been administered in the county.

The numbers have made Clark proud of the community.

“We’ve got people behind the scenes that makes all of this possible,” said Clark. “But you know those are bright spots we’ve had over the years. It’s really been pleasure for then to perform at that level. This community, this county, this city – I know we appreciate everybody’s efforts on this.”

The court also discussed allocating excess fees received from the county clerk’s office in the amount of $155,037 to fund an additional allocation of $50,000 to be split evenly to the five fire departments across Rowan County.