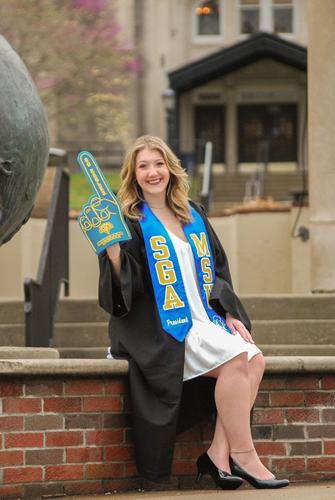 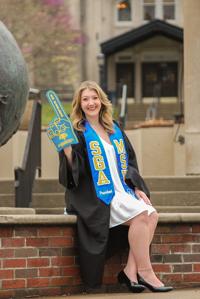 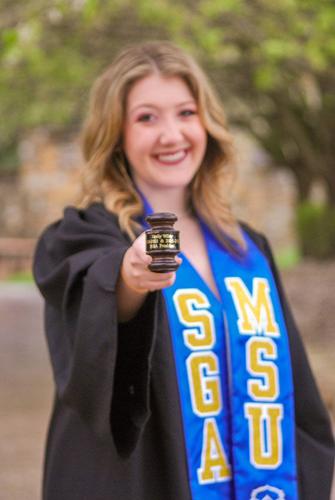 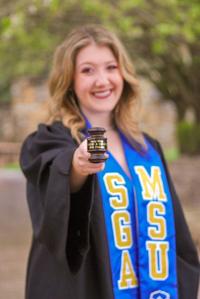 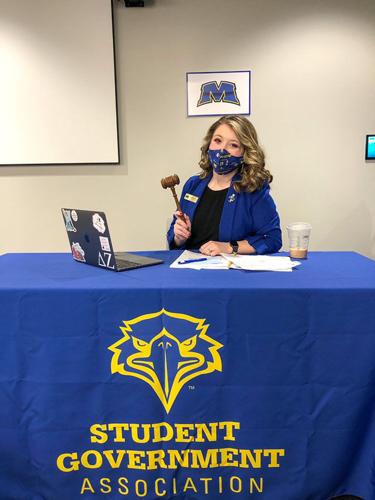 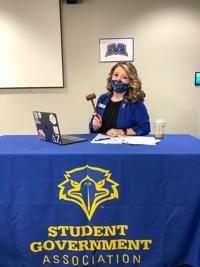 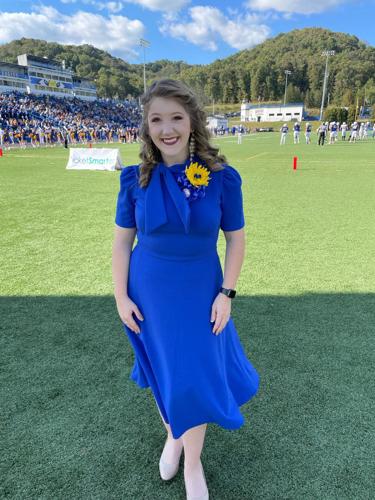 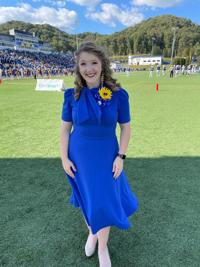 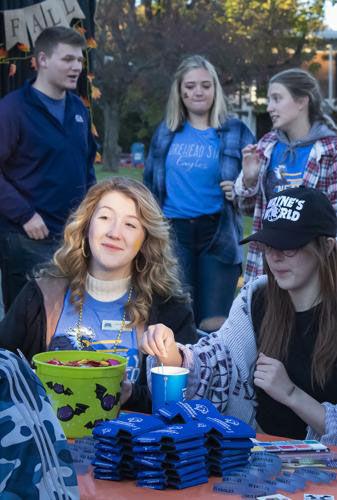 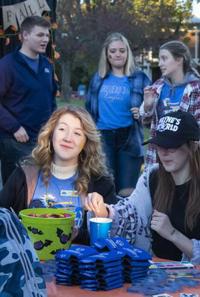 SGA President Emily Wiley getting her face painted at the MSU Fall Festival on Tuesday October 26, 2021 in Morehead, Ky. Photo by Maddie Metzger | The Trail Blazer

SGA President Emily Wiley getting her face painted at the MSU Fall Festival on Tuesday October 26, 2021 in Morehead, Ky. Photo by Maddie Metzger | The Trail Blazer

Emily Wiley, the Student Government Association president will be retiring her role soon after two terms.

Wiley, a part of SGA since 2018 as a freshman representative and since 2020 has led the university through a pandemic as SGA president, will give up her university government career when she graduates in May.

“It's been one of the most rewarding experiences ever because I get to work day-to-day with students and help them solve problems that they probably wouldn't have solved or not have known who to go to if they wouldn't have come to SGA or walked into my office and talked to me,” said Wiley.

Wileys duties as president included being the student representative, which consists of being on the student regent of the MSU Board of Regents and one of the directors on the MSU alumni board of directors. She used to have a seat on the Kentucky board of student body presidents and is now currently serving as the chair of that board.

“This organization has changed me as a whole because I've realized that my passion is helping other people and making sure that we have effective policy to do so,” said Wiley. “If I leave my office everyday knowing that I at least helped one student, I know that I accomplished what I was elected to do.”

Wiley has kept a list in her office to remind her of the accomplished projects she has led these past two years to help others including Butler Park, the fall festival and installing bells into the bell tower. But the one that stands out to her the most is putting the international flags in ADUC after a student came to her and wished his flag was represented at MSU.

Although Wiley is an Agricultural Business major, she wants to work in state government and work on policy and craft legislation to help Kentuckians.

“I will say it is a lot of work, a lot of time and energy and I can confidently say that I feel like I've served to the best of my abilities and now it's time to pass the torch on to somebody who will do a wonderful job,” said Wiley.

Once she leaves, Chloe Marstiller will take her place.

“Emily is my role model and the past two years I’ve learned from her and she has really helped shaped me into the leader I am today,” said Marstiller. “I'm nervous, but I'm trying to turn all the nerves into excitement.”

Though Wiley is sad to go, it is time for her to start her next chapter and hand her duties off to the new SGA staff.

“I know MSU is in good hands with Chloe and her team, and they will do a wonderful job. I couldn't imagine handing it off to anybody better,” said Wiley.