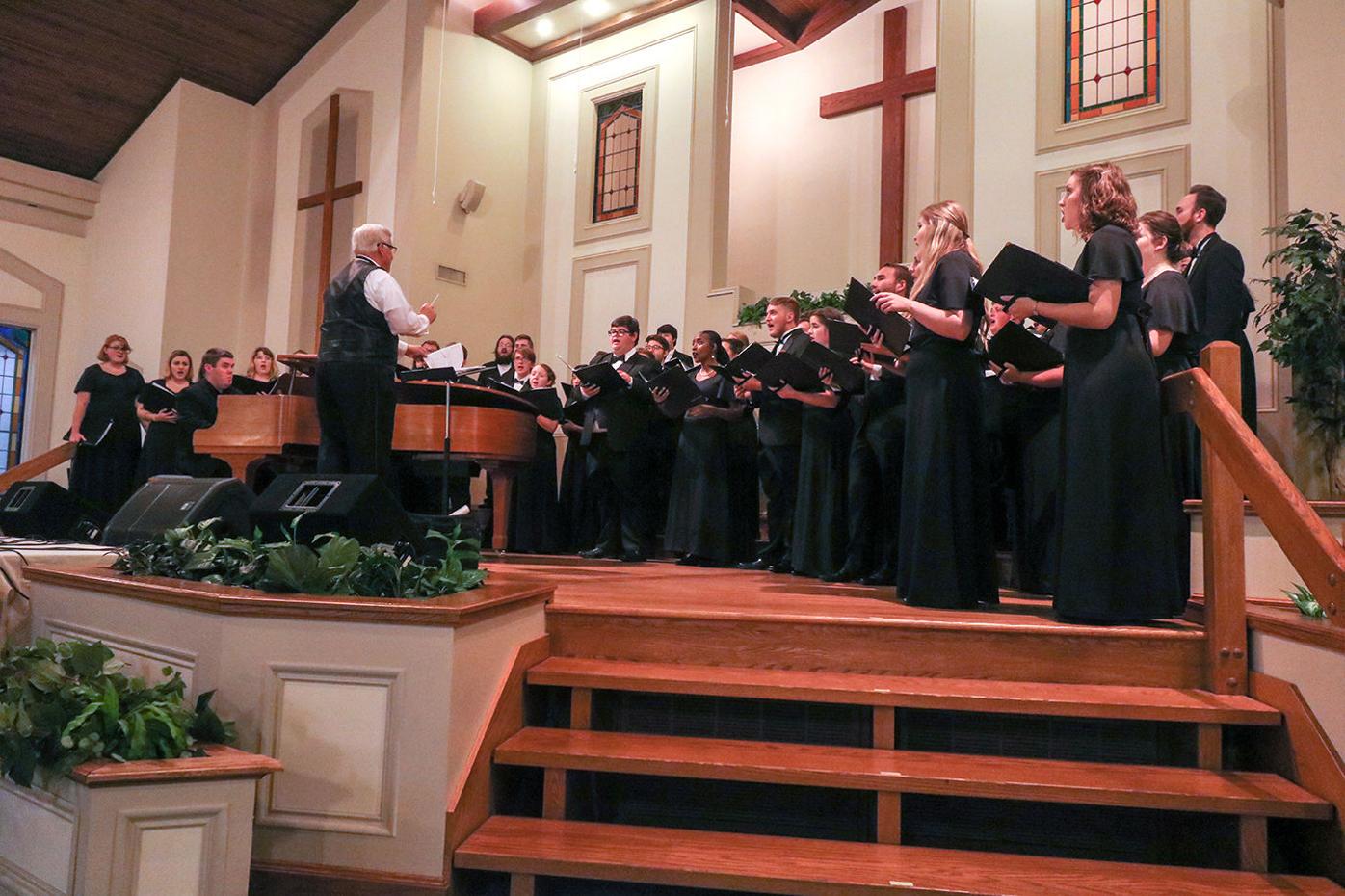 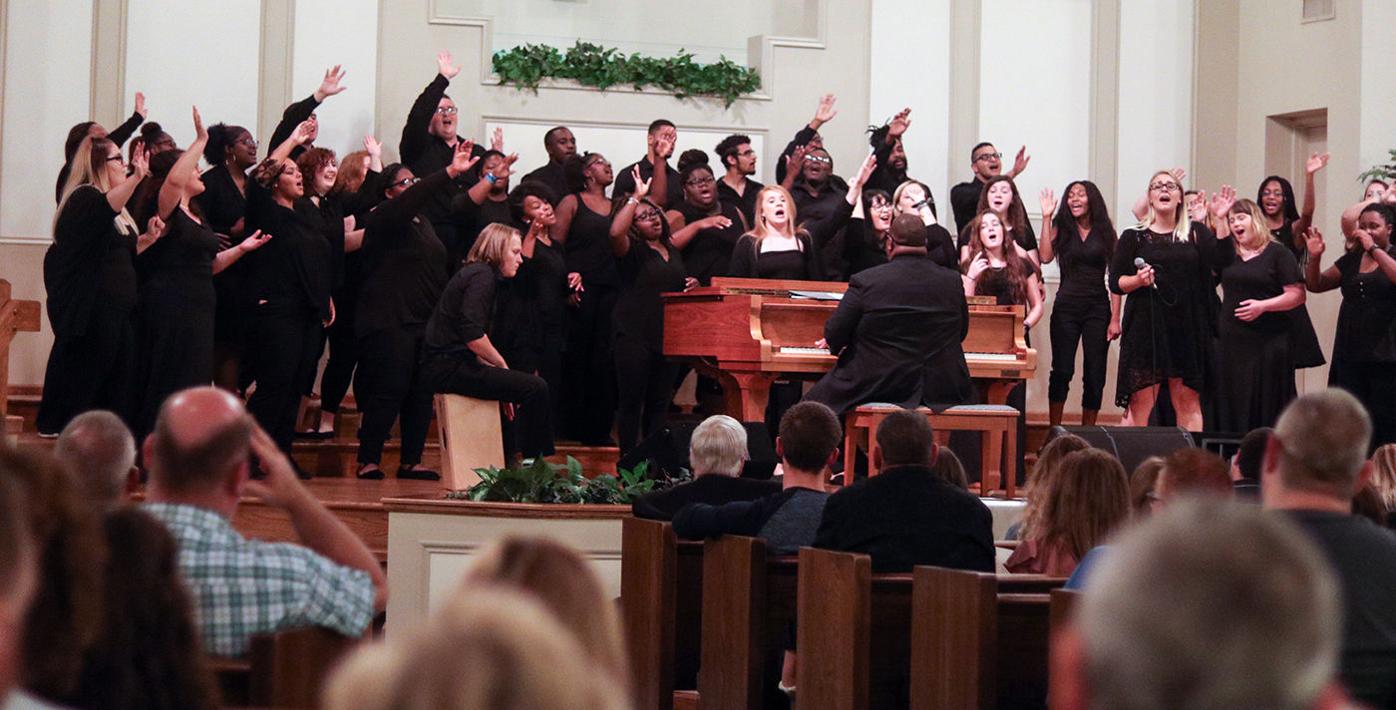 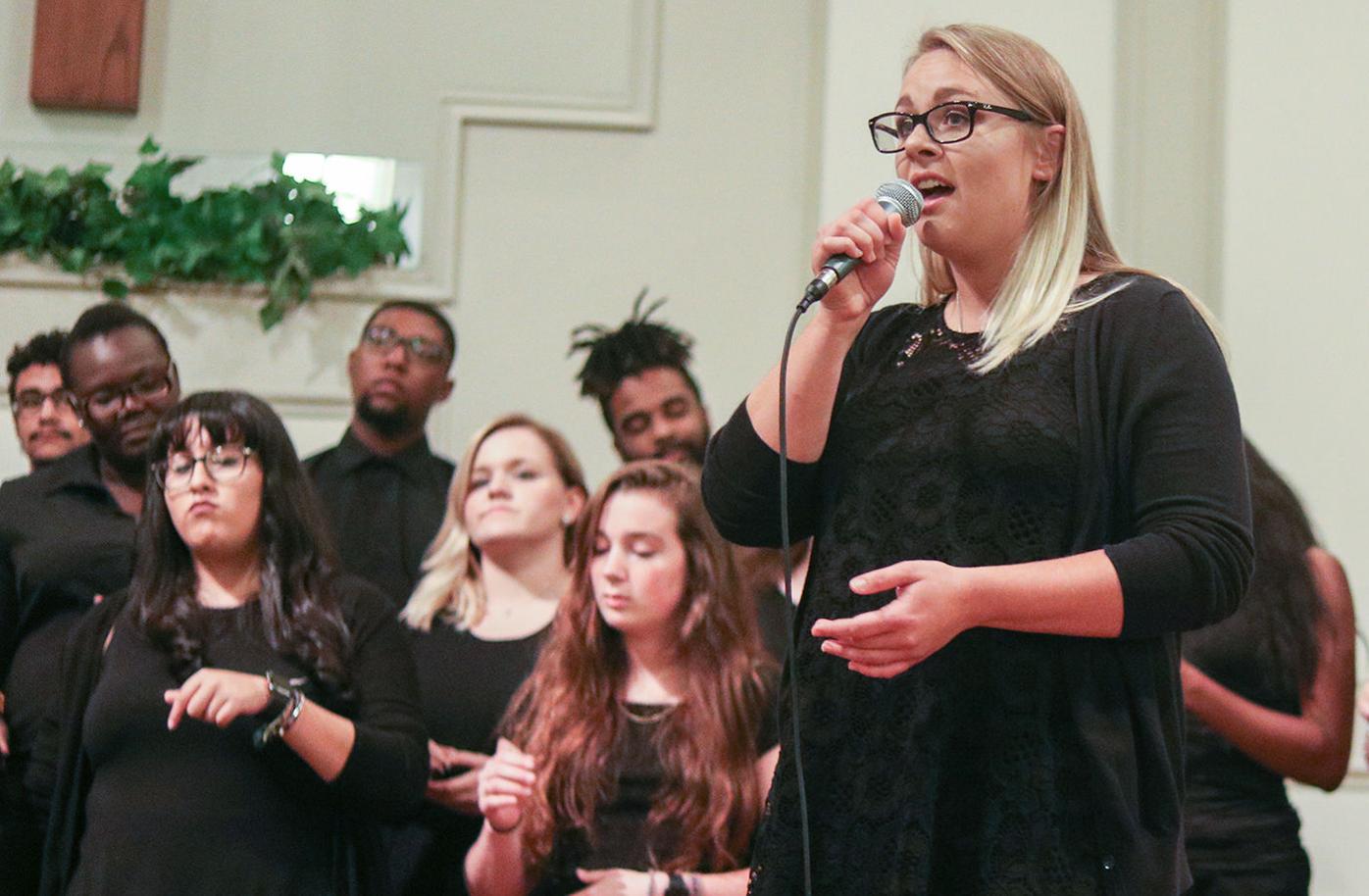 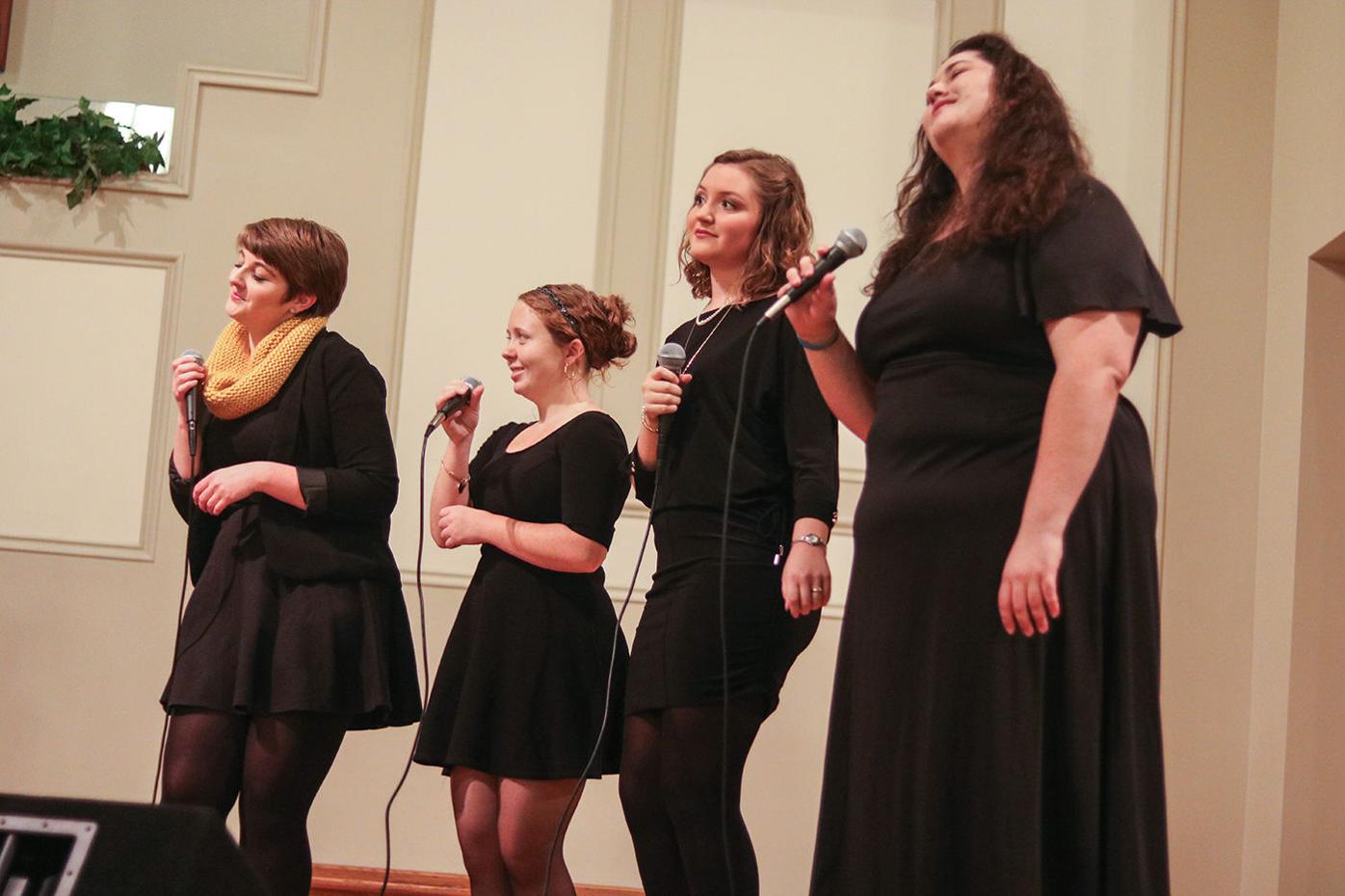 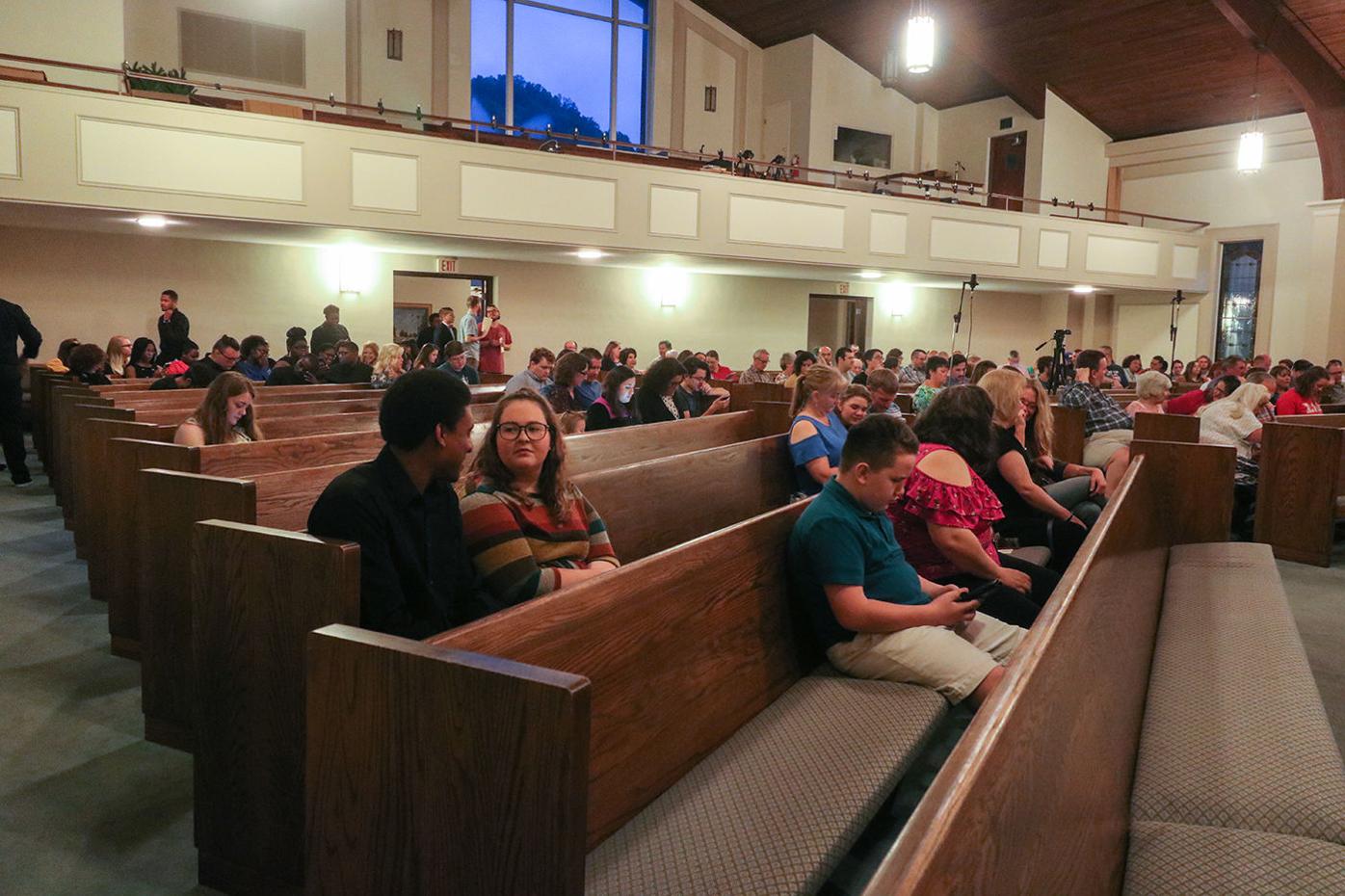 The Black Gospel Ensemble took to the stage Thursday night alongside three other choir groups for the Fall Choral Showcase Concert at the First Baptist Church of Morehead, Ky.

Dr. Roosevelt Escalante, Jr., the Director of the Black Gospel Ensemble, organized the concert alongside Dr. Greg Detweiler, the director of the Concert Choir and Chamber Singer Choir.

Escalante has been working at MSU for 11 years as a Music Education professor and he dedicates his free time to music and the multiple choir groups he directs.

“I’ve heard many people say that it’s the language of the angels. It’s the language in heaven. You can be in any country in the world, and I’ve been to many, and you could not know the language, but they can still feel the presence of God in the music,” said Escalante.

BGE is an inclusive group made up of students from many different backgrounds and church experiences. Students don’t have to know how to sing and how to be a dynamic singer in order to join, instead they have to be dedicated to the process and the music.

“This is basically my church away from home. It keeps me close to God and that’s one reason I joined,” said MSU student Asiah Handley, who has now been a part of BGE for 3 years.

BGE started 50 years ago when a group of people at MSU wanted to worship God but didn’t have a church. So, they began visiting and performing at other churches and eating dinner with them.

Escalante believes that music is for everyone and is something that everyone can understand. He believes that God gave us music so that we could share our spirituality together with no boundaries.

Escalante encourages anyone who has the thought about joining BGE to come out and join them. They accept new members the first two weeks of every semester.

They perform often throughout the semester, but they have their big semester concerts in the Spring and Fall.They also tour domestically and internationally and will be going on tour in the Spring.